After a really fun “orientation” session last week, our Google+ Hangout group played the first session of the Breakout event this past Thursday.

Let me just say, right off the bat, I am lucky because once again I have a really great group of guys to play this game with.  Everyone is a lot of fun, and that makes it a joy to run games for them.  I wish every GM/Watcher/GM/Rules Adjudicator and Chief Storyteller could be lucky enough to have a group like this.

That having been said, you can’t have them on Thursday, they’re mine.  Mine! 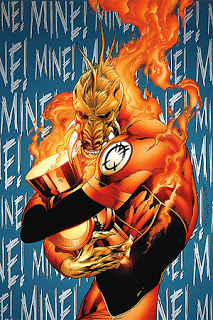 Without giving too much away, Breakout deals with a breakout at the Raft super-villain prison.  We were a man down to start the game, so starting off we had Iron Man, Spider-Man, and Wolverine dealing with the situation, and Captain America came along later.

One of the things that I love about the game is that if you have people that play to the game’s strengths, you get some great stories about how the fights went.  Not about “I managed to roll a 20, and he only rolled a 3” stories, but actual narrative stories that are fun.

Spider-Man managed to hit Armadillo with a complication called “pinata,” by using his webs to hang Armadillo up in the air, making it easier for Wolverine to take him out.

Wolverine managed to use his shiny, reflective claws to deflect Living Laser’s coherent light form into the dark depths of the Raft.

Iron Man used his super-sonic flight and his armor’s sensors to navigate the hallways of the Raft while dragging Carnage along behind him so that he could inflict sonic damage on the psychopath.

But it’s not just the fights that are fun to describe due to the mechanics essentially begging you to explain what you did in “comic book” terms.  Captain America decided to try and talk Bruce Banner out of his Hulk proof cell, against Iron Man’s wishes.  When Cap failed, I used the Doom Pool to inflict emotional stress on Cap for the rebuke that Banner gave him over putting innocents in danger because he and the Hulk “might” be a positive force. 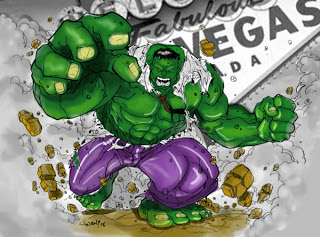 Cap’s player took this description and ran with it, and activated his own limit of Patriot, and stepped up his emotional stress because the American public would have been aghast that he would risk their safety because a friend “might” be helpful. It was great.

The one thing that I thought about doing, that I wish I had, is to turn Cap’s entrance into more of an important event.  As it was, I let him jump onto the flight deck and start helping out.  When I first heard that my friend was going to be late logging on, I had originally thought about throwing in something from the comics as inspiration, i.e. the chopper that Cap came in on being shot down. 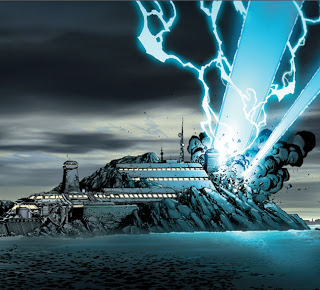 My plan was to turn this into a scene complication, “Chopper Crew in Danger,” and to have the Doom Pool act once per turn against Cap to inflict emotional stress if he didn’t step down the complication die by rescuing the crew.

In the end, I didn’t do it.  The rules kind of indicates that you can do things like that, but once you frame the scene and it’s distinctions and complications, if you add any, you need to spend dice out of the Doom Pool to alter what is going on, and at that point I wanted to keep the fight with the villains on the Raft interesting.

Had we started the scene with everyone in attendance, I may have put this in as part of the opening scene, and not felt like I had to pay to edit what I already had framed.  Still, it’s kind of exciting to play around with those kinds of storytelling mechanics, and to see how easy they are to throw in there.

Once the group started gaining some XP, I started to introduce unlockables.  I think at the beginning of the next session I’m going to summarize all of the things the players can spend their XP on, including the “general” XP expenditures and not just the event unlockable things.

Looking forward to the next session, and really enjoying the game session.  I have rarely been this happy to have been wrong with my initial impressions of something.