Why Am I Always Late to the Party? (Fiasco)

I have been planning on picking up Fiasco for a while, because I’ve seen so many references to the game in various geek/game related venues.  I finally picked it up last night.  While I’m not completely through the book, I think I love this game.  I know I want to figure out some time to give it a spin to see if it plays out as well as I think it could. 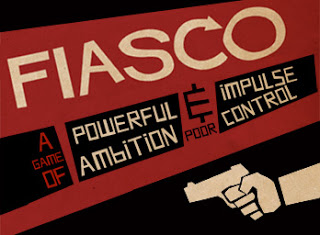 Essentially, Fiasco isn’t so much a roleplaying game as it is a storytelling game.  The game rules are set up to emulate “capers gone wrong” style movies, like Fargo, or black comedies where things just keep getting worse and more and more out of control, like Very Bad Things. 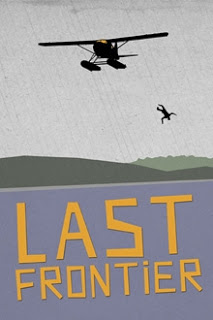 In a nutshell, you figure out who you are based on a playset  (the setting, that has what kind of people and things populate a given story that you are about to play), and what your motives are, and how you are connected to the other players.

Once you do that, you go around the table the first time, and one player will frame a scene, and you will explain how your character resolves the situation that the other player sets up.  Oh, and the other player is suppose to try and incorporate relationships, motives, and things that you detailed your character with when they frame the scene. 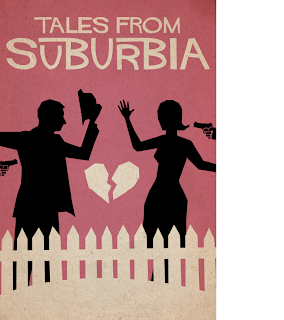 Once you get halfway through the game, you roll on a table to add some complications that make the situations in the game much more desperate.  You play another round of scenes as you did with the first act, but this time, you incorporate those chaotic elements on the Tilt table, and once all of the dice have been assigned, you roll to see if you got a happy ending, or came to a gruesome end.

I know I haven’t done the game justice, but it sounds like so much fun, and I would love to try this game sometime.  The sheer number of playsets, for emulating all sorts of “things go from bad to worse” movies just look great.  If nothing else, the conversational tone of the book and the numerous quotes from the types of movies that the game emulates are worth the price of admission.