The Road to Hell is Paved With Hidden Intentions

I’ve been cogitating on this one for a while.  It’s entered by brain before, but playing Marvel Heroic on a regular basis helped to crystalize some of my thoughts on the matter.  The matter in question being, player intentions, and how much you share with your GM. 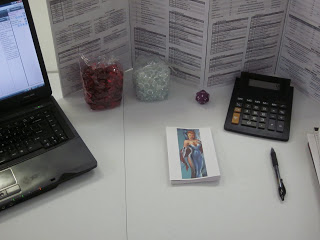 Eventually, said player weaves together all of those little actions and springs his intention on the GM.  Clearly, because they left a piece of bologna on the table in the break room, and then turned the amplifiers on in the sound booth, and then shut off the vents to the bathroom, the bologna should suddenly turn into a localized form of nerve toxin and if the vents are shut off in the bathroom, the bad guys have to cut through the break room, and they die, and the good guys win. 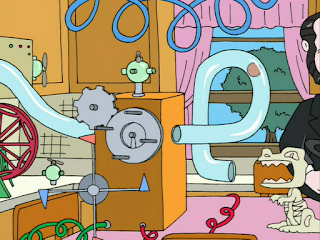 And the GM gets whiplash, because he had no idea what the PC was doing.  Truth be told, he knows there are secret passages and things that bad guys could be utilizing that would nullify this plan, because, well, he’s the GM, and there is no reason for the player to know about all of those ins and outs.  However, now that the bologna has hit the fan, the player expects that the GM owes him an auto-win, because the GM didn’t see any of that coming.

It’s a very adversarial play style, and I’ve seen it get downright confrontational.

“No, you don’t automatically do X because you set all of that stuff up.”

“But you had your chance to tell me X wasn’t going to happen if you had paid attention and connected the dots of what I was doing.”

Probably the worst expression of this kind of secretive checkmate is when the player is knowledgeable about something the GM isn’t, and justifies what they are about to do by citing real world examples.  Unfortunately, instead of looking clever, a lot of times it just looks like you are making the GM look foolish for not being an expert on everything that you are.

I think there are two paths that lead to this “checkmate” kind of adversarial play.  One is up front and a bit more of an honest desire to do something novel, and the other is an outright mistrust of the GM to allow the PCs do to something cool.

I know sometimes a brilliant plan has a lot more impact when it isn’t discussed in detail to the whole group.  But springing what you hoped would obviously happen on the GM is just putting the GM in a bad position.

On the other hand, if you are in a position where you aren’t trusting the GM to let you do something cool, that’s a deeper problem.  It’s something that needs to be resolved outside of the game itself.  I could be off base, but I seem to run into this a lot more in people that have been playing a long time, as if they ran into a lot of GMs that liked being killer GMs and racking up PC kills by applying lots of technicalities.

The reason this comes back to the forefront of my mind after playing Marvel Heroic is that, well, the whole point of the game is to do something cool.  Right off the bat, when you take an action, you explain to the Watcher  (GM) what your ultimate intention is.  Between the two of you, you work out how to make your character look awesome without needed to have an automatic gotcha I win checkmate situation.

Even in situations where you want your plan to take everyone by surprise, the GM really needs a heads up.  Passing a note with at least an inkling of what you want your actions to accomplish should be the minimum you are willing to share with the GM to make sure what you are doing makes sense and doesn’t run afoul of anything the GM hasn’t shared yet.

I guess all I’m trying to say is that very few RPGs really work better with the GM in an adversarial position to the players, and if you really don’t trust your GM to let you pull off some awesome stunts in the game, instead of backing him into a corner and “forcing” him to let you do what you are planning  (and likely engendering a bit of ill will in the process), it’s probably better to get all of the cards on the table and be clear about what PCs can and can’t do, and figure out what the fruits of your labor will be as you are doing them, not after a complex chain maneuvers that you, as the player, assume must assure victory.