So, I may not be posting my Wednesday milestones, and I may not be running Marvel right now, but I still read comics and watch movies and think about how to structure scenes and express them in “Marvel Heroic” rules.  One such situation rose this week in response to A+X #2  (spoilers up ahead, if ye are inclined to worry about such things). 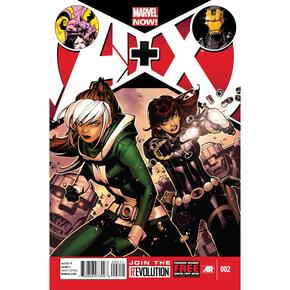 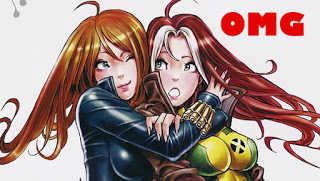 Long story short, Rogue needs to absorb Black Widow’s talents to make the shot, the “button” gets hit, and the Sentinel goes boom.  Here’s where we get to the rules.

My initial thoughts about framing this scene, when I read this, revolved around, how to you set this situation up.  My follow up thoughts were this:  you don’t set this up.  What you do is decide that if the Sentinel is going go be the main antagonist, and you don’t want the fight to feel like “we clobber the uber sentinel until if falls over,” you make sure there is some “texture” to the fight.

All you need to do is say the Sentinel has something like a rapid self repair system, which works pretty much like invulnerability.  You spend a die from the Doom Pool, the Sentinel shrugs off Natasha’s big guns and keeps causing damage.

You then create something like an Off Button scene complication, and if the players step that back to nothing, the Sentinel is shut down.

As a Watcher, you decide that you want the scene to  be a beat ’em up, or you want the players to use some kind of strategy.  It’s not your job to figure out the strategy involved.  Maybe Black Widow creates a wire guided missile resource when the Sentinel rolls a 1, taking a moment to dive into a secret stash of equipment.

Or maybe Rogue hotwires a car and drives it into the Sentinel to distract it while Natasha takes her shot.

The point is, as a Watcher, you can’t create exactly the scenes that you see in the comics, not because the mechanics don’t allow you to create those scenes, but because it’s the player’s job to fill in those gaps and take your cues to make defeating the bad guy more than brute force. 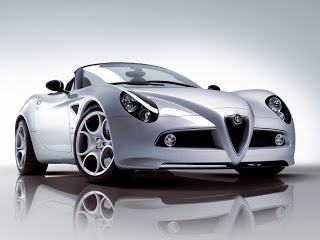 I can then see Natasha creating an asset for Rogue to help her take the shot and remove the Off Button scene complication.  All of this is handled beautifully with the rules, but much of the awesome details of the scene are created by the players and how they decide to go about working with what the Watcher gives them, in this case, “defeat the big bad thing without directly blowing it away.”

There are thousands of ways this could have gone, but most of them will create really cool stories.  That’s why I love this game.