Thursday night was the first night that my Gand colonist  (scholar) got to play with the group.  The ongoing storyline involves a scavenger’s hunt across the galaxy to pick up various and sundry strange articles in order to satisfy a Hutt that is calling in a marker on our Rodian pilot’s debts.

The last session that occurred, which I sat in for, involved he group gathering some Rancor eggs.  This session started where the last one ended, with our group of adventurers landing on Dantooine looking for a dozen or so hive monkeys. 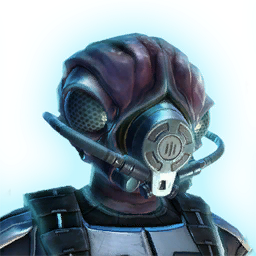 My character is a Gand named . . . Gand.  He’s got a legal designation based on his clan, generation, and birth order, but he’s not earned his own name yet.  In fact, this generation of his family has done so poorly in it’s testing that they have been designated “sub-Gand,” and thus have been reclassed as available for slave status. 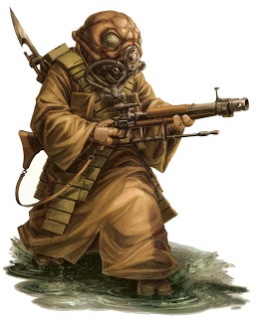 My own Gand was to have been tested as a Findsman, but with no talent for “mystical matters,” he has been reluctant to attempt his qualification exams.  Further, he feels obligated to his clan to purchase their freedom so that they may attempt to test back into Gand status and eventually earn their own names as well.

Gand studied accounting and finance, and in order to turn some quick credits started working for underworld types to launder their credits.  When his bosses were eliminated by rival factions, Gand stowed away on the group’s ship, and that’s where we begin.  We land on Dantooine and the following happens:

Besides the hive monkeys  (which we tried to store in a barrel), and the Rancor eggs, we now have an Alderaanian noble’s crest and a Sith Meditation Stone to recover.  We vote where to go next, and we start looking for the Sith Meditation Stone.  Where?  We don’t know! 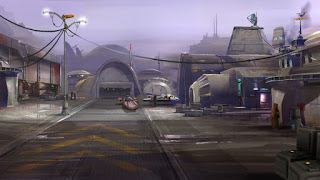 Now, my character is a Respected Scholar, since he used to student teach his economics classes back in his school days, before he joined the seedier side of the galaxy to pay off his family’s debts.  We brainstormed a bit, and we figured out that my Gand would try to find an old teaching contact on Ord Mantell to get a clue for the Sith Mediation Stone.
First off, I have a bit of a quandry.  When I speak in character, apparently my using Gand instead of my name or pronouns is annoying to at least one other player.  Lots of times, I know that I can summarize what I’m doing in 3rd person, but I do like to speak in character once in a while.  I’ll have to curtail this impulse, because I don’t want to bug anyone just trying to have fun.  Probably should have picked a less quirky character concept.  It seemed fun in my head, but I guess I should have run it by the group more, with all of the nuances of how I was going to play it.
It seems like the group is getting a bit more used to the dice mechanic.  Every roll came from the die rolling app, which still isn’t quite as intuitive as just picking up the right number of dice in your pool and rolling them.  I do wish that the app would total your successes and failures, as that might make it a bit more useful once the real, physical dice arrive in stores.

As to what the dice do, we seemed to have fun with that.  Our GM challenged us to come up with reasons for how luck was on our side with the Destiny Points, and we all seemed to have some fun coming up with our negative and positive spin on how things worked out, based on the “extras” on the dice.  Still isn’t easy to remember the terminology for all of he symbols. 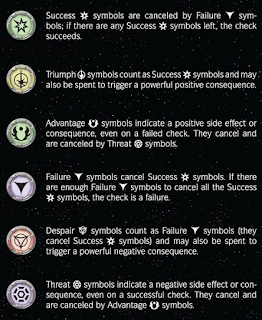 We didn’t have much in the way of combat, but I was happy that my character still found some ways to contribute to the group right off the bat.

Looking forward to the next session, and hoping more of our crew can make it  (we were short our Rodian and our Twi’liek this time around).  Heading off to Coruscant to hopefully find a discreet terminal to slice for star charts to Korriban  (don’t want to deal with yet another Hutt quite yet), and to see if we can find a few displaced Alderaanian nobles that we can “de-crest.”