When last we left the intrepid crew, they were impersonating another crew of smugglers, installing a program into a Moff’s droids to slave rig his capital ships and steal them for the Zann consortium, and they had just been accused of being impostors by another group of smugglers that just jumped into the system before they had been cleared to leave.

The Moff promptly called the group and said that he knew what they were up to . . . that they had stolen the cargo from another group of smugglers, and that they had intentionally not installed the correct program for the droids so that they could negotiate the price, and invited them back on the ship to finish the job right.

Both smuggler ships were directed to the landing bay on the Nebulon B-2 Frigate, and Prawn, the Rodian pilot, made a piloting check to “fly casual” to that the other smugglers would get the berth to the inside of the ship, and thus left the party’s ship with a clear shot out of the hanger.

The other ship bumped the rack of TIE fighters hanging over the bay, and strangely the rack malfunctioned as the smugglers bumped it, making one of the TIEs fall halfway off the rack and making it impossible for the TIEs to immediately launch without repairs, causing the other smugglers to be reprimanded harshly by the deck officer.

Everyone except the Jawa left the ship to negotiate with the Moff, and Max Damage, big fan of the Empire, was immediately taken with all of the grand positive traits of the Moff, and wanted to do all he could to make things better for the man  (despite needed to set him up for massive failure, which he now felt really bad about).

The party got the Moff to pay them the other smuggler’s fee, and Sleerin, the Squib trader, convinced the Moff that the other smugglers were dangerous to be let loose, and offered to take their ship and make sure it was never seen again, if the Moff could take care of the smugglers themselves.  The Moff agreed to throw in the other group’s ship, so long as they changed it’s transponder so no one would look for it. 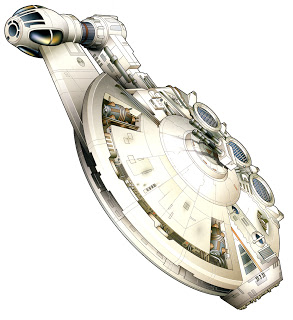 In the mean time, the Jawa, not knowing that the YT-2400 was now owned by the party, crept onto the other ship and rigged it so that instead of warming up to launch, a start up sequence would power up the lasers and fire.  In the mean time, the deck officer was so upset by the events of the past hour or so that he had to go have a drink and figure out how to get the TIE rack working again, thus leaving the landing bay.

Prawn convinced the Moff of human superiority by taking so long to program the droids, but thankfully he had built a device to painfully shock him to remind him not to screw up a second time, and he set the droids up, and also added a subroutine to have them all battle one another to the death like gladiators after they finished slave rigging the ships.

Payment set, job done, the crew set off to take their old ship and their new ship out of the hangar bay.  Osskwo and Tash started to set up the YT-2400, but Tash had seen too many ships that had been customized to assume there wasn’t some quirk or nasty surprise on the ship, so he took a look around. Everything looked okay, but Nkit called and said, “sabotaged,” so he looked again, and found the Jawa’s handiwork before the ship could randomly fire off into the bay. 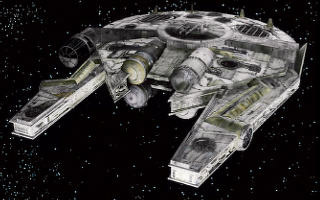 The group took off for Nar Shaddaa, and Sleerin nearly sold the YT-2400 for as much as a new ship, and the group also purchased a Firespray to escort their YV-664 on missions, as well as some upgrades, and repaired the damage the customs corvette did to their main ship.  While working on the ships, the group received a call from the Zann Consortium and were told all worked out with the plan. 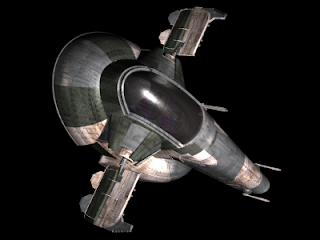 Following up on a message that Max received, the group headed to Ord Mantell to help a friend of Max’s relocate a group of alien orphans that were going to be put under the control of an Imperial bio weapons think tank.  While Max is assured of the supremacy of humans, and like the Empire, he also thinks that alien species have to be taught how great the Empire is and treated with kindness, the way you would a child, so if the orphans were being properly trained in how to be Imperial Citizens, he was all for this plan.

Loading up the enclosed Orphan Habitats, the group headed to Dantooine to a remote outpost that would serve as the new home to the orphans.  Upon arriving, however, the group learned that the new facility was overrun by Laigreks, and the head of the as yet unfinished facility asked for help clearing out the infestation.

The crew pinpointed the nest quickly, and destroyed it with the ship weapons, but then Nkit, Prawn, Max, and Osskwo entered the facility to clear out the bugs that were left.  The Laigrek swarm savaged Nkit badly, and injured Max, and Prawn heroically withdrew at full speed from the advancing insects, not allowing his concern for his fellow crewmates to interfere with the logic of self preservation.

Osskwo took out most of the swarm, but the Laigrek queen broke through the wall, and it chased Prawn, Osskwo, and Nkit out of the facility after charging over Max, but once he had a clear shot, Tash opened fire with the Firespray’s laser cannons and turned the queen into a fine mist as she emerged from the cover of the facility.

Dice, Mechanics, and All of that Jazz

We only had one full on fight in this session, with the Laigreks, but I really like how the dice pools work, and how the advantages and threats and the Destiny Points work to tell a narrative.  As I mentioned in the session, in Saga, I would set a DC, and someone with a skill would make the check, and they either passed or failed.

It could be fun, and sometimes we would embellish exactly what happened, but with these mechanics, spending the advantages and threats and using the Destiny points just begs for storytelling.  Max thinking the Moff was a shining example of the Empire was a result of his poor roll and why he did so badly.  The deck officer leaving to get a drink was a result of Nkit’s stealth check.  Prawn’s gladiator sub-routine for the droids was a triumph.  The whole debacle with the other crew of smugglers had to do with the advantages from Prawn’s piloting check.  Even negotiating over the price of a ship and components was kind of fun due to using those elements in Sleerin’s haggling.

The system does help to make those non-combat rolls not only fun, but part of the ongoing narrative.  I’m digging the system.