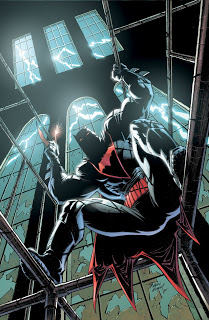 Like Robinson’s Earth 2, not sure I’ll follow it when he leaves.  This is no exception, BUT . . . DC . . . a comic that continues the same storyline from the monthly and ends on a cliffhanger isn’t an annual, it’s an excuse to charge me an extra dollar.Justice League of America #4

I don’t think what appeared to happen happened.  Interesting so far, but seriously, I bought the digital copy of this only seeing the thumbnail cover, and I may have passed on it had I seen the actual full sized book.Avenging Spider-Man #21 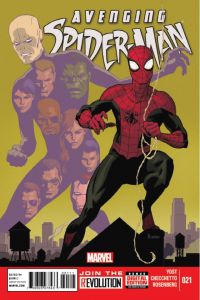 I like Yost.  Yost gets to do the fun stuff while Slott has to spend nine issues treading water before he really gets to tell his story.Gambit #13

This series, like Hawkeye, is fun.  It’s so fun I almost didn’t shed a tear when I saw that they forced Rhodey into his stupid movie armor.

I thought this book had gotten a little slow, but this one picked up, was a fun read, and started getting more into Banner’s new philosophy and why he’s doing what he’s doing.Savage Wolverine #5

This series has been kind of over the top fun, but resolving it’s initial plot shows how thin a premise this book has.  Wolvie doing fun stuff with guest stars is good.  Trying to shoehorn a larger storyline is not so good.Venom #35

Eddie Brock has a symbiont again!  I don’t know why, but that balances some of the disturbances in the Spider books at the moment.Wolverine and the X-Men #30 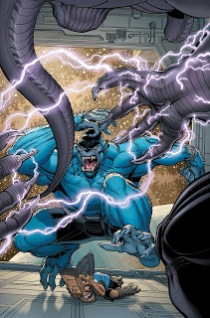 I don’t know why, but I just like this book.  I am rarely disappointed in it.  It’s not great, but it’s solid.X-Men #1

I’ve been digging Brian Wood’s Star Wars comic, so I picked this on up.  Interesting starting premise and it’s enough to get me to come back for #2.Side NoteIf someone had told me a couple years ago that I’d be reading more X-books than I had since the 90s and that one of my favorites would be a Brian Micheal Bendis book, I would have sworn they came from an alternate reality, where words mean different things.

Wow, that was a lot of Hulk this week.