My new Star Wars:  Edge of the Empire campaign is a little different than what I’ve done in the past.  I’m running it on back to back Thursdays, with two separate groups.  Both groups work for the same employer, and what one group does will affect the campaign for the other group.  Ultimately their boss is looking to find just the right team for a very special job, and giving both teams a few tasks to perform to see where their strengths lie.

Their employer is Sir Cid Ybom, a Herglic Tapani Knight that purchased his title so that he could more effectively do business within the Empire.  Cid’s business is Honest Cid’s Outer Rim Transport, located in the Polis Massa system, as part of an established Imperial supply and refueling base that also rents out space to local businesses.

Team Aurek consists of people in the local jail on Terminus, a crossroads planet in the Outer Rim that sees lots of traffic from Wild Space settlements as well as a few curiosities from the Unknown Regions.  The team was bailed out by a bounty hunter that does some work for Cid, and that’s where our fun begins.

Drifter–Drifter doesn’t respect boundaries, dislikes “the man,” and wanders where he will, but he is concerned about his family.

Katya–Way back in her youth, Katya was a marginal padawan.  The Clone Wars happened, she hid, became a hard drinking scoundrel, and sitting the in jail cell, realizes that maybe she should look back on the things she was taught in her youth.

Prawn–A recurring character from my previous EotE beta game, Prawn is deeply in debt and deeply paranoid.  He’s a rodian that has felt human oppression up close, and is ever the pragmatist.

Max–Max is a pro-Imperial card carrying COMPNOR member that has a tendency to fall in with a bad crowd.  Max can be a bit of a zealot, but genuinely wants what is best for non-humans, he’s just sure that non-humans are all inferior to  humans.

Tor’warr–Tor’warr has toured the illegal gladitorial circuit and well as doing some more conventional fighting.  He’s an white furred Wookiee that not only embodies Wookiee stereotypes, but embraces them.  He’s also a walking affirmation of Max’s thoughts on non-humans.

Hightlights of the night include the following: 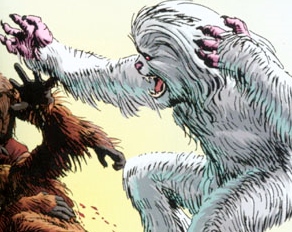 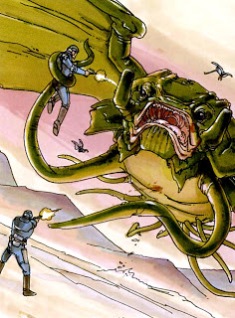 Post Script:  I had meant to mention it, but the subplot with the former padawan was based on that character’s obligation.  I really liked that, and was a little disappointed that no one’s obligation came up in the next game.