Now that the Experiment is Over

The Honest Cid’s Outer Rim Transport campaigns were experiments.  I wanted to see if I could run two games in the same universe on what for me would be a weekly schedule.  At the same time I was experimenting with that, I was also experimenting with my idea of making my campaigns more “TV season” like so that there was a shorter arc that definitively ended, and with making sure I communicated the length and what the campaign was about to the players in a manner well detailed in Engine Publishing’s excellent Odyssey book.

I know that’s a lot of variables, and it only proves I am a terrible scientist.  Now on to the results.

First and foremost, nearly every system I have run, and every campaign I have run, has left me with a little bit of fatigue by the end of the campaign.  By the time I was done running the games, I was ready to take a break and not look at the game or the mechanics for a while, and give a new system a whirl while my batteries recharged.

I don’t have that feeling in quite the same way with Edge of the Empire.  The mechanics don’t really burn me out.  While there are things I could do better and things I could understand better, overall I’m still really positive and energized by how the system works.  I even have a hard time with getting back into games that only have a pass fail axis when it comes to resolution.  It feels like something more should be going on in the background, the way Edge of the Empire has threats, advantages, triumphs, and despairs working on a different axis than successes and failures.

I am pretty happy with my campaign “season” structure and the pacing, however, I could have used a few more sessions for breathing room when story arcs needed another night, and with the pacing I was utilizing, I felt I rushed a few stories.  So, since this felt as if it worked but could use some fine tuning, I’d say next time I try to run a “seasonal” campaign, at least in this system, I’m tempted to expand the season to 18 sessions instead of 12.

Another reason I would like to do this is just because I had a run of insanely high dice rolls early on that kept me from having Obligation trigger, and a longer campaign arc makes is much more likely that more of the party is going to see their Obligations come into play.

I think I did a fair job of communicating the tone and setting of the campaign ahead of time, but I do think I could have done a better job of communicating my expectations.  Where this problem came up the most is the difference between “can you do something” and “should you do something.”  For example, when to buy items, and when to loot items from opponents.  At some point when I was getting a bit overloaded on people scavenging items, I said something that care across more like “you can’t scavenge anything after a fight,” and it was more a call to look at the actual situation that particular night, and the logistics of actually looting characters in a short period of time with authorities around, etc. 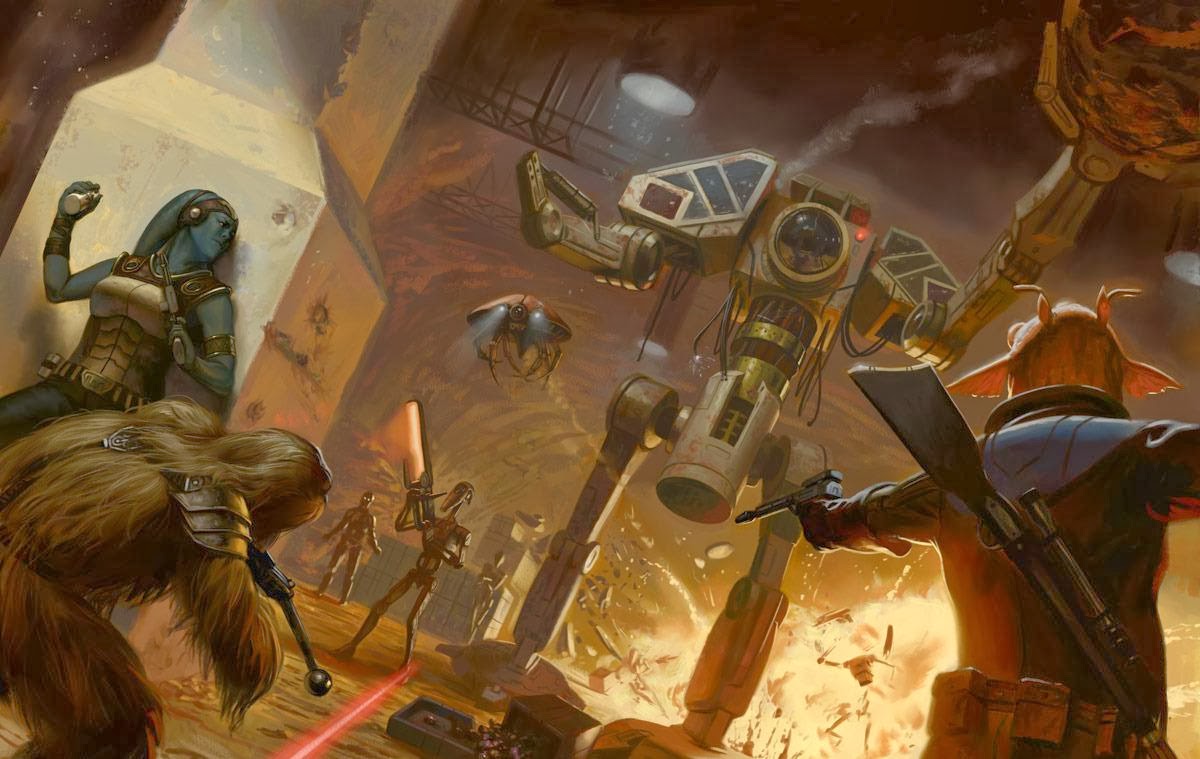 I nearly tried to write rules to cover how I wanted buying and selling to work as house rules, but thankfully a few sessions later it really occurred to me that it wasn’t the rules that were the problem.  Buying and selling in the system are more deliberate things.  If people came to me, one item at a time, things went fine.  I just didn’t want to deal with it when half the table had each came up with five or six things they wanted to buy and they all wanted to do it now.  One at a time, or with the group making a shopping list, things work beautifully, but I think again, the “here is the equipment list” mentality from other games creates expectations about buying equipment that may not be true in a game where availability and prices fluctuate.

I need to get better at communicating and slowing down the session to where I can handle it, and that’s on me.

I had the beginning of the campaign set up a certain way, and I had one of the two endings set up, but I tried to create a lot of plot threads so that the middle could go in multiple directions, and I think it worked for the most part, but I think with the rush to put out a game every week, I did fail in created some “plot light” side jobs that the party could do during their main missions, like local bounties or cargo hauling missions when they weren’t already hauling something in their ship.

I had a much better handle on XP this time around than in the Beta version of the game, but I do wish I had handed out a little bit less.  I defaulted to a blanket 20 XP, with 25 XP for major story arcs, but the group rarely had a solid 4 hours of play, and I quit measuring whether people were acting according to their motivations, and I think that step is actually important.  Next time around, I really want to make sure I ask about Motivation and award accordingly, even if it just make a person think about how they would have viewed the situation a little bit.  It’s a nice reinforcement, and I undercut it a bit.

Towards the end of the campaign, I dropped the ball on regular session updates, and I quit making the handouts that I started making at the beginning, in order to keep on the weekly schedule.  It made me realize that while I can run a fun and satisfying campaign on the weekly schedule, I think I could really fine tune and dial in some fun extras if I went back to giving myself two weeks to prep for a single table of players.

In other words, weekly GMing is withing my abilities, but the quality of my work does suffer.

Along with the above, I quit e-mailing the teams as often between sessions.  With two weeks to communicate and regular e-mails, I think I could have done a better job of making sure people knew where they were at and when they had downtime to utilize, so that’s on the “get better” list as well.

Very specific to this system, I think I needed to get the group used to the idea that even when Obligation doesn’t trigger, you can come up with ideas to pay it down.  I stated that after the campaign started, but it should have been in the Campaign Standards, I should have said it, I should have given examples, and I should have said it and given more examples again later.  It’s a new mechanic, and nobody knows how I, as a GM, am going to run with it, so it was important to make all of that clear, and it was a missed opportunity on my part.

Now, I found a lot of places I could make improvements, but I always do when I look back.  I’m not happy that some of these action items are the result of backsliding from bad habits of the past, but I will cut myself some slack in that I was maintaining a weekly schedule and juggling two related but independent plot lines for the campaigns.

On the other hand, I think most people had fun, and I hope that they felt they had room to play their characters, got to do some things they wanted to do with those characters, and felt that the overall story of the campaign had a satisfying degree of pacing and conclusion.