I threw together a couple new communities on Google+ for those inclined to join such things, and while I’m at it, I’ll mention the other ongoing public community I’ve had up for a while. 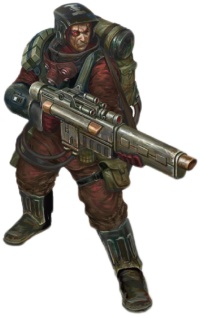 I set this community up to discuss the ongoing RPGs that Fantasy Flight produces for the 40K setting.  I noticed several communities scattered around Google+ for individual games, but none of them had a lot going on, so I thought that maybe one community for all of them would be a good thing, especially since I’m fairly certain there is overlap in interest between the lines.

I set this one up to talk about all of the Fantasy Flight Warhammer games, like Relic and Blood Angels and Diskwars and the upcoming 40K LCG.  They are pretty games, and I’ve had fun with the ones that I’ve played, so I figured it would be good to have a collected space to oh and ahh over them, or to point out issues with the games for people that haven’t had a chance to play them yet.

There is an X-Wing presence on Google+, and a community for the LCG, but like the 40K games, I figured consolidating the two might make for a slightly more lively community when it comes to discussion and news, so I made a consolidated community.

So, if you are so inclined, feel free to join one, two, or three of these communities.  Thanks for your time, and we now return you to your regularly scheduled gaming blog . . .