After tinkering with making narrative movement in combat systems for D&D 5th Edition and the starship combat rules in Rogue Trader, the next thought that naturally occurred to me was to apply this same idea to character scale combat in the 40K RPGs.

Originally I had thought about trying to convert the 40K RPGs to the Star Wars range system, which would involved assigning ranges to all of the 40K weapons, as well as revisiting some of the actions that character can take to see if they worked with the 40K system, since Star Wars is a little different (for example, being able to get another move action for straining your character).

In the end, I decided to stay with the simpler 13th Age model for what I was attempting to do.  Anyone reading  this blog long term probably remembers that way back before 13th Age was out, I was tinkering with this sort of stuff, but was never really happy with it.  Thankfully, lots of talented designers have already tinkered with this kind of system, and they are a lot better at this than I am.

Like 13th Age, you only really have Nearby or Far Away for where your characters are located in relation to other characters.  In addition to these two places, there are modifiers to these locations.  Nearby can be Nearby (Short Range) or Nearby (Engaged) and Far Away can be Far Away  (Long Range).

Got You In My Sights

If two groups are about to engage in combat, if characters in one group have a longer range than characters in the other group, any character in group with the longest range weapon whose weapon’s range is greater than anyone in the opposing party may fire before initiative is rolled.  Additionally, if this is the same weapon that a character used for a surprise round, the character gets their surprise round as well as this additional attack on their opponents.

Depending on where a combat encounter happens, there may not be enough room for Far Away to be an option.  This is especially true if the combat takes place indoors with a limited ingress into a given area.  Even if an encounter area is large enough to have a Far Away area, it may still make sense for characters to start out Nearby their opponents. 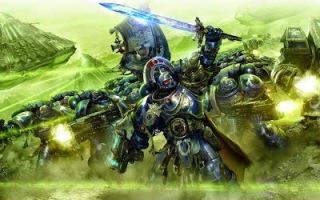 Moving Far Away or Closing on a Far Away Opponent

It is a full round action to move to Far Away, to move from Far Away to Nearby, or to close on an opponent that is Far Away from you.

If you have a movement rate less than 30m for your top speed, subtract your top speed from 30, and the number is the penalty that you apply to your Toughness test.  For each degree of failure on this test, you gain a level of fatigue.

Characters may spend a move action to take cover, unless the GM has specified the the encounter zone has no cover.  The GM will then have to provide the AP of the cover available in the encounter.

Characters that are Far Away  (Long Range) or Far Away  (Extreme Range) can still be closed on in the same manner as a character that is just Far Away.

Moving Within the Nearby Area

It costs a move action to take cover in the Nearby area, unless the GM states that the Nearby area in the encounter area does not have any cover available.  The GM should then provide the AP that the cover provides.

A character that is Nearby  (Close Range) may spend a move action to become Nearby  (Point Blank) to that same character.  The character can then utilize the Point Blank category for their weapon. 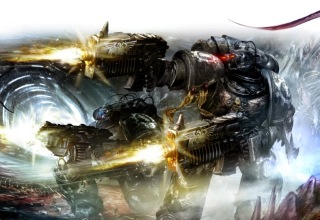 Overwatch can still be used to keep track of an area in the encounter zone where reinforcements might come from, for example, but a character in Overwatch can activate this ability any time a character changes their range in combat.

If a character does not have a range greater than 30m with his weapon, characters that are Far Away do not trigger Overwatch.

A pinned character does not change location.

Grenades
Whenever a grenade misses it’s intended target, everybody Nearby has a 25% chance to be effected by the grenade.  If multiple characters roll lower than 25%, the character that rolled the lowest is the character “hit” by the grenade, and multiple hits to the total number of individuals hit by the Blast are figured from that character.

Tactical Advance
Once a character is under cover, they may use the Tactical Advance move to move while still benefiting from cover.  This is a full round action, but as part of this move, the character can move to Far Away  (Long Range), Nearby (Short Range), but not Nearby  (Engaged). 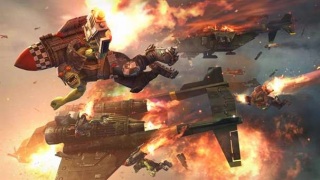 Vehicles and Mounts
If Vehicles are present in a fight where there are also opponents on foot on both sides, vehicles can use a single move action to move from Nearby to Far Away or to close to Nearby on a Far Away opponent, but taking Far Away  (Long Range) or Nearby  (Close Range) positions still takes an action.

Vehicles or mounts that have a charge movement higher than 30m can charge from Far Away to Nearby (Engaged) as part of a full round Charge action.

Does It Work?
Who knows?  If I get a chance to use it, I will certainly let you all know how it went, and if by some crazy happenstance you get the wild notion of using these rules in your game, please, let me know how it went!