Just Wait Until Next Time! (Thoughts on How to Start a New Age of Rebellion Game)

Reading A New Dawn and watching the first two episodes of Star Wars Rebels gets me to thinking about Age of Rebellion again.

Last time I inherited my Age of Rebellion group, and everyone had kind of loose reasons for being in the Rebellion, but I think a lot of the lack of focus may have come from the fact that everyone kind of built their characters almost like Edge of the Empire characters that happened to end up in the Rebellion.I am thinking that to really reinforce that an Age of Rebellion game is about fighting the Empire, tooth and nail, until it falls, I might try something different for an opening session.My idea is to have everyone agree on a planet where all of the characters are from.  They may not have been born there, but they have lived there long enough that it is home.Then I want everyone to come up with something the Empire took from them.  Not in too great a detail, but job, family, friends, riches . . . something that meant a lot to them that is gone now directly because of the Empire. 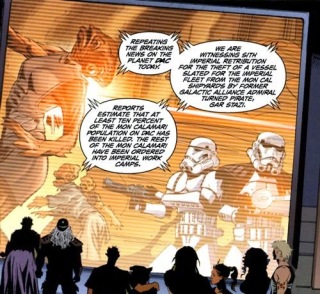 Then for the first session, a very specific Imperial bad guy, who will be the face of everything evil and bad about the Empire, will show up on planet and be the person ordering all of those things taken, one way or another.  The PCs won’t be in the Rebellion yet, but they will all be present when the Empire cracks down.  Time wise, this would probably actually be a few months before the Battle of Yavin.Then the game will start up about six months later, with all of the PCs having joined the Rebellion, with a specific reason to strive against the Empire, and with a very specific Imperial villain that personifies everything wrong with the Empire. 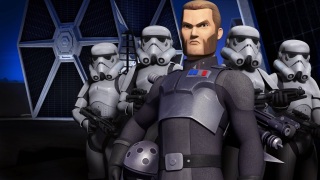 I am thinking that a shared experience of suffering at the hand of the Empire, and a recurring villain of their very own might serve to draw that line of distinction between Edge of the Empire and Age of Rebellion a bit more clearly, and thus serve to naturally make the campaign feel a bit more mission based and random interest based.