A Moment of Silence for Jurg Cragscale (Iron Kingdoms Recap)

Just in time for the game this Thursday, the miniature that I ordered to represent Jurg Cragscale came in.  Not only that, but one of my friends modified it a bit right off the bat so that he could be holding the sword-cannon bit that I also purchased so that Jurg would be on his way to looking the way he should.

Now, I was a bit daunted about getting him painted.  I’m not good at such things, but, hey, such things are the concern of the future.  For tonight I had a fairly accurate representation of Jurg, with the right weapon and everything, painted or not. 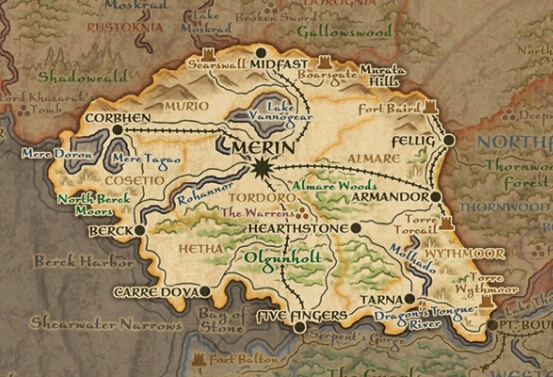 Our group had earned the deed to an island out in the bay off the coast of Five Fingers.  We survived our clash with Khador and our employment by the Protectorate.  Now we just had to figure out how to get to our new home and clean out any potential squatters that might be out there.

Our Rhulic warcaster Couth, the badly injured Ogrun bodyguard Tokol, and our Nyss  (whose player wasn’t present) stayed in camp outside of Five Fingers while the Iosan Dahlia, and the Gobber went with my dwarf to check on legal records and the history of the island, as well as to find a barge or something seaworthy to ferry our wagon and warjack out to the island. 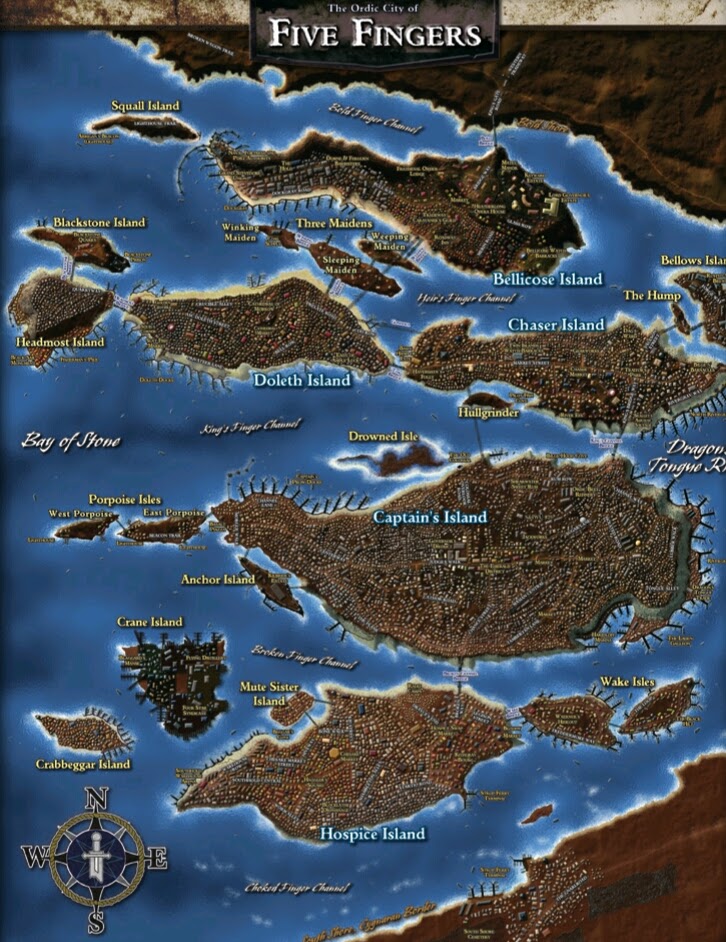 Eventually I wanted to talked to my contacts in the Searforge Commission about trading our captured Khadoran warjack for a Rhulic model, but first, we needed to get some information and a barge.  I talked to my contacts, but only to send a payment in on the contract my old group had before they died.  Unbeknownst to me, Dahlia also contacted her “real” employers, letting them know she killed a human warcaster.  And our gobber wandered off.  He actually did some pre-negotiating before we found him, talking to a human and an Ogrun merchant about used watercraft.

We got a new hat for the gobber in an attempt to lure him to us.  I only had to trade my hat for the impressive captain’s hat that the gobber  (not our own Sir Doctor-Admiral Titimus, another gobber) was wearing, pumping up it’s value by telling all of the stories associated with my time wearing said hat.

We attracted a few more gobbers than I intended with this trick, but Titimus eventually showed up, and we talked to both dealers, and cut a deal with the Ogrun for a solid hull of a riverboat that could serve as a barge.

We met up with the rest of the party, and mysteriously, by the end of the night, our gobber employees  (again, not Sir Doctor-Admiral Titimus, who is clearly a full member of the company) had brought us enough parts for our dwarven warcaster to assemble into a working engine.  They also seemed anxious to go once they brought us the parts.

My research found that there were many people that visited the island, especially adventuresome teens, and that many did not return from the island.  Watch reports indicated that they had likely been pressed into service on various ships in the area.  Still, a lot of disappearances.  The family that had owned the island were worshipers of Menoth and hand deeded the island to the faith.  60 years ago they died, and thus, the Protectorate paid us with their holdings.

The island was small, consisting of a dock and a keep that took up most of the land.  Going in, we were fairly certain something nasty had taken up residence and that the disappearances were probably not just related to press ganging.  We did a fairly careful sweep of the whole keep, before we finally found the sub-levels. 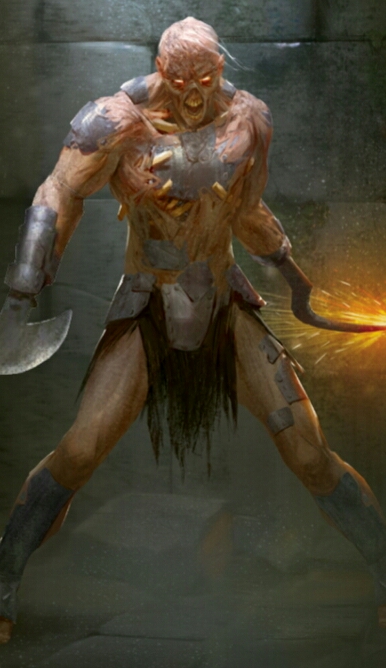 Couth was in the lead, followed by our Tokol, Dahlia, me, and Titimus in the rear.  Our warcaster found the meatier undead lumbering from the crypt before us about the same time that the ghostly undead dropped in to surprise Titimus.

Thankfully, Titimus wasn’t fighting the ghost all by himself for very long.  It dropped through the floor, right in front of me. 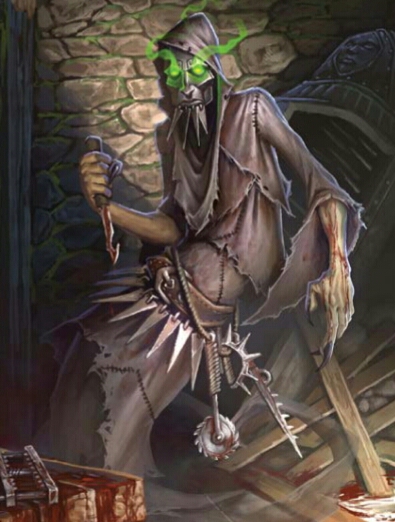 There was a great deal of ebb and flow in the fight.  It came right down to the wire.  In the end, the Tokol and my beloved Jurg were dead, our boss, Couth had lost an eye and was knocked out, but the rest of the party were victorious.

At this point Titimus reverently looted the bodies, and then proceeded to find every religious symbol anywhere in the keep and threw it in the room before they sealed up the door behind them.