I really think that Obligation, Duty, and Morality are great mechanics of the Fantasy Flight Star Wars RPGs.  I think each one is very well suited to reinforcing they style of game that the subsystem is designed to underscore.  That said, I have seen a few people discuss how to deal with these mechanics in games where characters might drift in and out of a campaign, or where the overall campaign might be more episodic rather than serial. 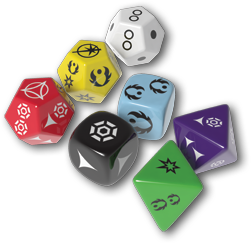 I would hate to cut the flavor from the game by getting rid of these mechanics, so I thought of something that could be utilized to keep them relevant to the game in a more episodic manner.

If the adventure starts “fresh,” not as a continuation of a previous adventure, roll to see if anyone’s Obligation, Duty, or Morality would trigger.  If so, then utilized a modified version of the One-Check Combat Resolution roll on page 323 of Edge of the Empire. 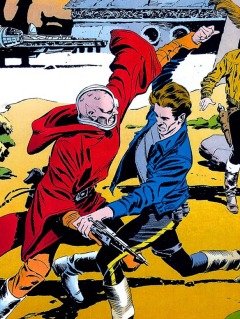 The scene framed happens a day or two before the adventure starts, if it make sense.  Any wounds or crits the character picked up carries over.  Essentially the character has an in media res scene that takes place before the actual adventure that only features them, which resolves quickly and carries over a bit into the main adventure.
Individual Tracking
If you are running a campaign where it’s going to be fairly likely that people wander in or out of the campaign, you may not want to assess the usual advantage for Duty characters adding their totals together, but keep their Duty totals separate.  As far as Obligation goes, assemble the Obligation chart per session, adding in the people that use that mechanic.  Morality is already a personally tracked item.