What Do I Know About the Force and Destiny Campaign?

So, what’s going on in the Force and Destiny game? 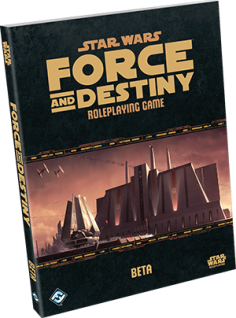 I’m going to level with you.  Things move pretty fast in the Force and Destiny game.  We’re on the run a lot.  We debate a lot.  So I may miss some things here or there.

To recap where we are at currently:

Upon finding some ruins on Dantooine, we head to where a lost temple should be.  I managed to navigate the party through all of the old Jedi portions of the temple, as I “remember” what it looks like.
The party is a bit concerned about my connection to the mysterious Jedi Master near my head, off to the side.  I pointed out that it is possible that I am just similarly attuned to the gatekeeper of the holocron, which lets me “hear” the gatekeeper even when it’s not activated.
That’s a thing, right? 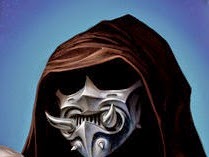 We find a workshop deep in the temple complex.  Our Chiss shadow wants to build a new lightsaber for herself, and she starts making plans.  We also manage to find a package, and within the package is a demonic looking mask that appears to amplify fear when utilized by the wearer. I am definitely against using it, but Ritati thinks it might be useful “under the right circumstances.”
Further into the temple complex, we find some big doors that the holocron that talks to everybody says haven’t been opened by the Jedi, and this section of the temple pre-dates the Jedi portion of the temple by many thousands of years.

Our Gand mystic gets into an argument with the gatekeeper that he can hear  (getting into an argument with the one he can’t hear would be a cause for concern).  Things happened.  Hogan, my Ithorian, may have made a comment in front of the Rakata holographic representative that we were Force sensitives, which may have made all of the Rakata equipment kind of hungry for a snack.
We argued about going into the Rakata ruins.  Our cam droid got blown up by Rakata droids.  Eventually we decided it was our responsibility to make sure the Rakata ruins weren’t a danger to the farmers on Dantooine now that they were opened.

The ruins were filled with droids, which we managed to convince not to kill or each our Force sensitivity, and weird creatures kept in cages.  As we ventured further into the ruins, we found a volcanic cavern which was inhabited by a four armed mutant Rancor of some kind.
At this point, in hindsight, mistakes may have been made.
The Gand mystic managed to influence the mutant four armed rancor away.  All the tension drained out of the room.  Sort of.  Except that Hogan had fallen to the Dark Side, fairly certain that he should be causing fear in his enemies if he wanted to keep himself and his allies safe, and Ritati, who is unable to remove the mask, totally understands where Hogan is coming from.
Tune in next session as we topple the Emperor!  Okay, it may take more than one session.