I’ve been playing D&D 5th edition for a while now in WOTC’s Encounters format on Wednesday nights.  I’ve missed one week so far, but other than that, I’ve been doing this for a while now, and my goliath monk is up to 3rd level.

Don’t get me wrong.  I don’t want the complicated hassle of charting every little thing that happens and having to check errata every other day to see how my character actually works this week and if I have to rebuild or if I even can rebuild or whatever.  I think Pathfinder Society just burned me enough that I’m paranoid that if I took my character to another store or a convention, the guy running it there would say “I’m sorry, you’ve been doing this wrong, you shouldn’t have had this much fun.” 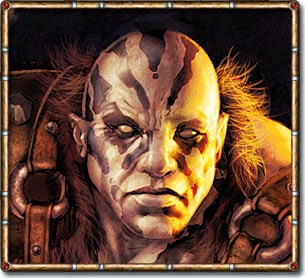 The adventures seem fun, and classically D&D, but I really don’t know why they are set in the Realms, or why they had to rip planets apart and bring gods back to life to present uber generic D&D adventures in the setting.  Again, I like the adventures thus far, but they really don’t do much to really use the setting, other than to give you a faraway big city to namedrop, so Waterdeep could be Greyhawk, or Palanthus or Lankhmar for that matter.

But the system is so much fun!

I don’t remember D&Ding like this since we were in the pre-kit days of 2nd edition, and my ranger was jumping off of towers to stab fire giants outside of Geoff.

We have used tactical maps, and we have not used tactical maps, and I’ve never felt like the maps were nearly the constraint that they were in 3rd or 4th edition.  Instead of providing some kind of tactical puzzle where people looked for where to place their five foot step or their flanking or their persistent spells, and having a player agonize over said puzzle for hours, they have mainly just been there to help us visualize where we are in relation to what’s going on in the encounter, and we’ve had several encounters that worked just fine without them.

Indeed, most of the time the tactical maps come out, it has to do with a major, pivotal fight, whereas random encounters are handled “theater of the mind.”

My monk started out a level lower than the rest of the group, but he was effective right off the bat.  While I was more fragile if I got hit, I could actually hit and deal out damage as well as anybody in the group right from the start, which made me feel less like a burden to the rest of the party.  Last session, we revisited this idea as we had a couple of 1st level characters with our 3rd level party, and again, they contributed just as well, even if they were a bit more prone to drop when directly engaged.

I enjoyed 4th when I played it, but there were elements that felt very much like they were game constructs, and tended to pull you out of any flow you might have had with the narrative.  I’m not sure I can put my finger on it, but the tweaking of some of the abilities to recharge after an hour instead of a five minute rest, and what exactly recharges and what doesn’t, feels a lot more like previous editions of the game.

The game is just open ended enough that if I want to describe my monk bouncing off walls and performing Spartacus style over the top killer finishers, I can do so, and nothing in the rules tells me that I’m wrong for doing so.  I love it. 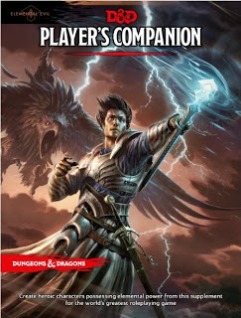 While I’m not thrilled with the setting support thus far, I’m really loathe to tell WOTC to do much different, because I love the game itself more than I have for a really long time, and I don’t want them to screw it up.  Perhaps the best advice I could give them is to keep pumping out older edition PDFs, make them print on demand, and maybe come up with a semi-official “this edition to 5th” conversion guide?