I was at ground zero when the original World of Darkness hit.  Well, sort of.  I was playing 2nd edition D&D at the time, and I saw all of the ads and all of the products, and I saw this kind of weird segregation that immediately happened at the local convention all of the sudden between the World of Darkness players and people playing the more traditional roleplaying games. 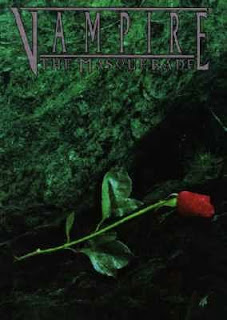 I think this bit of anecdotal gaming evidence made a bad impression on me.  Everything about World of Darkness seemed to be adversarial towards a game that I liked, and I was getting the feeling that I was being looked down on by a segment of the gaming community for not being “hip.”  It was weird, since the gaming community was where I went to not give a damn about being hip.
None of that has anything to do with the games, the settings, or whether they were good.  There was a weird zeitgeist and I probably read too much into it, but because of that early exposure to World of Darkness, I was never overly keen to jump into any version of the setting over the years. 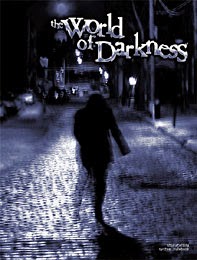 Upon returning to regular gaming after years away, I eventually started frequenting the FLGS that I most often visit now.  There was a regular World of Darkness semi-LARP that went on once a month or so, usually involving more than one version of the new World of Darkness settings.  Because I knew several of the people participating, it felt a lot less like something “the cool kids” were doing and more something I was kind of starting to be interested in.
That said, the game was invitation only, and I didn’t want to be a boor and ask about joining.  Eventually it dissolved.
Because the last year has been tricky for me, personal time wise, I ended up bringing my Dark Heresy game to a sad close after only two sessions.  One of my players graciously volunteered to run a game on the night when I had been running, and she offered to run Werewolf the Forsaken. 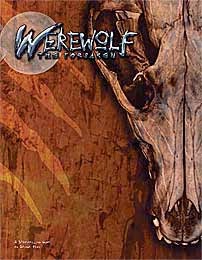 I was unable to join the first few sessions, but I have been there for the last three, and it has given me an excuse to finally dive into more than the periphery of the new World of Darkness games.   I have to admit, it’s something I wouldn’t mind running myself, someday.  The new information is daunting, but from what I understand, far less so than the metaplot of the Old World of Darkness.
The mechanics seem to be pretty simple, in the core book, although it seems like things get a lot more complicated when dealing with spirits or the add on material from some of the splat books for a given setting. 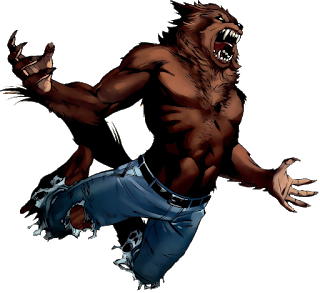 Also, I have to say that while I like having some kind of narrative guide to the feel of the setting, the placement of the fiction in the books almost feels like saturation bombing.  I get an initial story, then maybe a few paragraphs here or there to reinforce mechanical descriptions.  I’m still suffering a bit from whiplash from the chain multiple stories that I was jumping through between the World of Darkness core book and the Werewolf the Forsaken core book.
I’m having fun, but I am having the same issue I tend to have when I play games set in the modern era, that being, I’m afraid I’m either making a character that is way over the top, or I’m playing somebody that is “just some guy,” and isn’t really that interesting, because I’m trying not to be over the top.
As per my usual, I went with over the top, and I worry that that it either breaks the horror aspect of the setting or it undermines anyone’s trust that the character can be counted on to do something useful in the session.  Call it Jar Jar syndrome.  Hopefully I’ll strike a balance, but I’m still a bit concerned that I haven’t do so very well at the moment.

Long story short–enjoying the game and the setting, could use a little less random short stories saturating the text, enjoying the game, wish I could be sure I wasn’t being “that guy” when it comes to my portrayal of a distinctive personality type.