This made me wonder about exactly how we present background material, and how useful it is at the game table.  I know even some settings where I like a lot of detail, that detail sometimes makes me feel like I’m a bit lost, and not sure what to do with the information.

How We Learn Game Systems 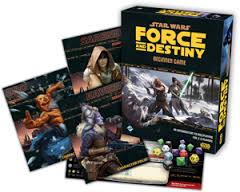 When we have a lot of rules on how to actually make characters or play the game, we often get a few pages of explanation of the rules and how they work, followed by charts and bullet points that break down what was just said in a more graphical manner.

Adventures are probably some of the most idiosyncratic of RPG material, as often the personality of the author comes through in how the adventure is structured, what is called out, and what is emphasized.

On the other hand, there have been many excellent adventures written over the years that break things down into a synopsis of what probably should happen, sidebars on motivations and how they actually come out in the game, and sometimes flow charts showing how encounters move into other encounters.

Once again, we have material that might at first be densely packed, but becomes easier to parse when it is graphically represented and is broken down into smaller headings to understand where and why they fit into the greater whole.

What Does This Mean For the Lore

I really started to love the lore in the Forgotten Realms in the 1st edition days, and some of my fondest memories of 2nd edition products are the Volo’s Guides.  Most of the entries were a few paragraphs on what the public things, then a few paragraphs on what Elminster knows about the subject.  In the Volo’s Guides, descriptions and histories were often tied specifically to places in a given region, and then various locations were rated either for what they sold or how dangerous they were.

Again, there was a breakdown of the information at the end of a section, with either a summary or a graphical representation, or both, with allowed for a sort of “processing” period to set in, putting the information you just read about an area in order in your mind, and reminding you where to look to find a shorthand on what you just read.

While not quite as useful as the above, many 2nd edition Realms products also had extensive timelines, breaking thousand year histories down by notable years.  While these weren’t as immediate as the Elminster’s Notes or Volo’s ratings, they did put all of that information in a graphical delineation that helped you remember, for example, what came before or after the Illythiiri became the drow.

Maybe, at the end of a very lore intensive section or chapter of an RPG book, it might not be a bad idea to summarize the ideas, perhaps even by bullet point, of what was just expressed previously.

Lore sections for a lot of RPGs tend to be written in a manner not unlike a history text book.  This section is about this region from this date to this date.  There are discussions of major conflicts, trade, organizations, cultural changes, and personalities of note, in relation to one another, until the section is over.

What if, instead of listing everything lumped together, we figured out what was important for the game, and further divided that into sections?

For example, a section on a given region is broken into, say, Founding, Major Conflicts, Trade, Power Groups, Personalities of Note, and Cultural Trends.  At the end of the section, you have a timeline that meshes the things mentioned in all of those sections together, so that you know that trade in a certain good dried up when this war started and that the generals involved were X and Y, and a few years later this cultural trend started, all reorganized chronologically onto the timeline after being explained separately.

Taking this one step further, you could explicitly state, from a gaming point of view, what purpose this region serves.  Is this suppose to be the land from which bad guys spring?  Is this the place you find shady employers?  Is this were virtuous types that may not realize how the rest of the world really works spring from?

Interestingly, while the body of a lot of RPG setting material is written like history books, the one history book-like thing that is missing is the end of chapter summaries and quizzes.  Sure, you don’t want to make the reader take a test to see what he learned, but summarizing and contextualizing the information just presented is a good idea, if only to allow the reader a chance to “pin” some of the information to his long term memory and to reset the brain to be ready to read the next section without having the information in the previous section bleed into and muddy the next section.

While there are sometimes “meta” discussions on what purpose various regions serve in a setting, those discussions aren’t often attached directly to the sections detailing the setting itself. It is almost like the “lore” section is sacred, and has to be treated as a “real world” discourse on the setting, with any kind of analysis of history or setting as it relates to gaming removed from the lore by a few chapters, so as not to spoil the setting information.

I’m not sure that the immersion gained by writing the information in a manner consistent with an in-world history is worth the potential disconnect with the material being presented for the game.  The breakdown doesn’t have to club you over the head with “it all make believe!,” but it might be helpful to have a few “end of section” reminders about why you would care about this information when running or playing the game.

On top of that, maybe the additional pass to break the information down to make all of it more “game ready” might also give the designers an additional perspective on whether the information really is all that useful to the game they are presenting in the first place.