The Annihilation Wave has struck!

Last night at the FLGS, I began running the Annihilation event for Marvel Heroic Roleplaying. 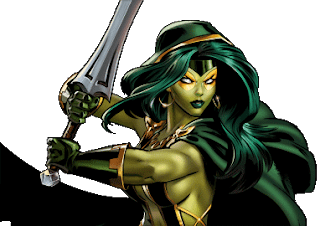 Eventually we may have five to six players, but tonight we started with just three.  Our starting heroes were the Thing, the Invisible Woman, and Gamora. 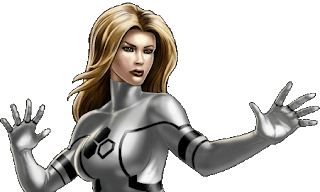 Sue and Ben had been captured by the Super-Skrull and brought to the Kyln, along with evidence of their crimes against the Skrull Empire.  Essentially this was a trap being set by K’lrt to lure the two members of the Fantastic Four into his hands after defeating two of the team.

Gamora had been tracking down the former herald of Galactus, the Fallen One, and had turned herself into the authorities of the Omega Corps at the Klyn in an effort to find the Fallen One from within. 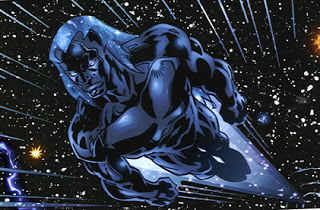 As the heroes were being taken to their respective cells, the Kyln was rocked by bombardment, and Sue, Ben, and Gamora could hear murmurings that a fleet larger than a Kree battlegroup had emerged from the Crunch, the natural rift between this universe and the alternate dimension known as the Negative Zone.

The Super-Skrull flew off to his ship immediately, and the members of the Fantastic Four and Gamora were left alone, still infused with nano-wardens that would inhibit them from using their powers.  (Everyone started with a nano-warden complication in place and an extra plot point)

Gamora immediately took off for the nearest hanger, and began to hot wire an Omega Corps patrol ship.  Sue and Ben were at ground zero as a wave of arthrosian drones flooded the hallways.  Sue was badly hurt, and Ben was covered in bugs, slowing down his every move.

While preparing the ship, Gamora overheard Omega Corps conversations that a reinforcement fleet was coming through the Crunch according to the Kyln sensors, so she used the patrol ship’s communication gear to transmit Star-Lord’s mix tape along the same transmission that one of the queens was using to transmit orders, which caused the reinforcement fleet to fall away for the time being.  (I used a die from the Doom Pool to start a “Reinforcement Fleet” timer, which Gamora acted against to keep from having it go off) 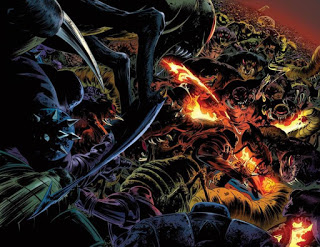 Sue and Ben eventually reached the ship that Gamora had started to prepare, and Ben used his piloting knowledge to make sure the ship was at full power.  Sue slammed a hallway full of Arthrosians into the walls, and cleared the stragglers off of Ben, and Ben used the exhaust of the ship to burn away several of the drones.  When the last of the wave neared the ship and fired, Gamora dropped down from the ship, finished them off, and leaped back to the ship in time for Ben to launch into space.

Ben, emotionally stunned at the size of the fleet and his inability to find a way past it, nearly lost heart.  Gamora plotted a course through the ships, Ben snapped out of his reverie, and the ship jumped into hyperspace.

In hyperspace, the group realized that the Annihilation Fleet was projecting a hyperspace bubble that limited how far they could travel through sub-space, and that the wave would soon hit Xandar, and the edges of the Kree and Skrull empires.  Because it was closer and friendlier, the crew headed to Xandar.  In the meantime, Sue comforted her old friend and helped him shake off his self-doubt, and Gamora used the first aid kit in the ship to help Sue heal from her injuries.  (Recovering from stress for both Sue and Ben, and the nano-warden complication went away at this point) 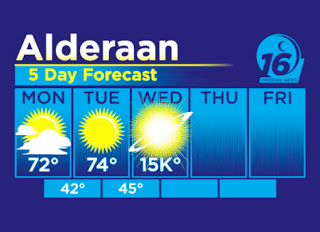 Upon arriving in Xandar’s orbit, the devastation of the planet made Ben mention that it was like coming out of hyperspace and not being able to find Alderaan.  Gamora wanted to know where Alderaan was, and Ben mentioned that it was something out of Star Wars, and that the Death Star destroyed Alderaan, and Gamora was sure that a living malevolent star was going to be the death of Xandar because Ben Grimm had seen it happen before.  (Thus began many XP for Gamora as she continually misunderstood Star Wars references) 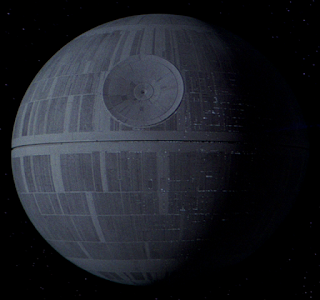 The team avoided the bombardment fleet, and zeroed in on a distress call from the Xandarian Worldmind.  Upon finding the resting place for the living computer system, Sue left Ben and Gamora to discuss Star Wars and the ramifications of the film on their current course of action, and she crept up on Hybelea, a warrior of Annihilus, leading a crew of drones and Arthrosian soldiers to sift through the rubble for the entrance to the Worldmind’s chambers. 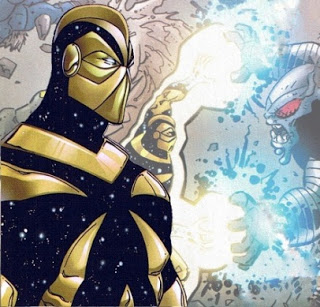 Sue swept aside the drones and slammed Hybelea hard.  Hybelea offered his regrets over the need to destroy their universe to save his own, and Ben was looking forward to a good fight against the Centurion leader, when Gamora lept onto the soldiers and Hybelea, knocking them out of the fight.

The group found the chamber of the Worldmind, and Gamora began to ask it about Alderaan, at which point, the Worldmind began to scan its charts for the possible location of Alderaan, and upon mentioning that it was in a galaxy far, far away, the Worldmind began accessing long range extra-galactic probes, at which point Sue pointed out that they didn’t have time for this.  (Gamora’s player paid the XP cost to be deputized by the Nova Corps, so she would have access to the Worldmind powerset later, as well as the ability to call in Nova Corp members for some XP in future scenes) 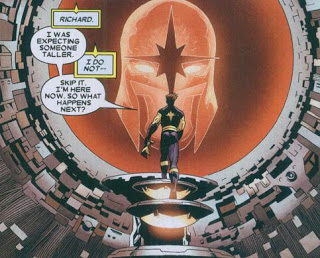 The Worldmind asked for a volunteer to download it into their neural passageways, and Gamora volunteer, if only to prevent what happened to Alderaan and Xandar from happening anywhere else.  Sue helped to regulate the energy flowing in to Gamora, and she successfully emerged from the download, and the Worldmind awarded her with an field promotion into the Nova Corps. 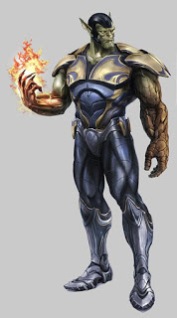 Ben was looking out for any more Arthrosian threats, when a force field encompassed the entire structure and drug it aboard a ship that Sue and Ben recognized as Skrull in design.  On the ship, they ran into K’lrt, who informed them that he had scooped them up from the devastation because he was going to take them with him to help save the Skrull Empire from the approaching Annihilation Wave.  (With the d12s I had left in the Doom Pool, I narrated the end of the scene with Super-Skrull taking them to the Skrull Empire next, taking the Kree destination off the table for now)