Monster Of The Week Again This Week! (Session Two)

To celebrate my summer finals being over, we gamed!

I got to run Monster of the Week for the second time, since our Werewolf band still isn’t quite back together yet.  We have but a pair of monster  hunters, but I’m pretty sure I’ve seen some show somewhere that only had two of them, so it should work out fine, right? 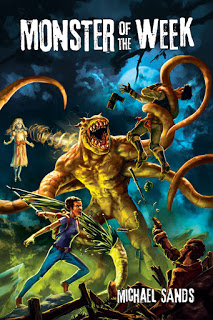 This week our intrepid investigators Brandon (the Expert) and Faye (the Spooky) looked over a few reports of children being committed to a mental hospital over similar delusions in Missouri, and younger children disappearing from an Indiana town, as well as some monstrous things eating people rumors from Kentucky.

Faye’s demonic phone wanted to go to Missouri, but Brandon was fairly certain that young children being kidnapped were in more immediate danger than kids in a mental hospital.  Faye and Brandon debated a bit over who got to drive and who got to do last minute research during the drive, and Brandon ended up driving. 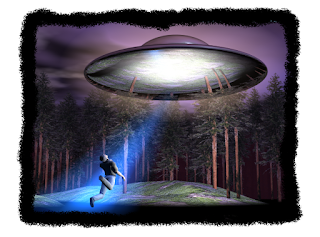 Faye became completely convinced that the children disappearing was the work of aliens, because the internet said so, and while she was imparting Brandon with this information, the two took a detour into the small town in Indiana where they were about to investigate, and their car was swarmed with field mice, rats, bats, grasshoppers, and crows.  Brandon rolled the car and was hurt, Faye had some minor injuries, but thankfully, Brandon remembered that he had just purchased some bomb suits for some experiments he wanted to do in the back yard and left the suits in the back of the car.

Faye and Brandon wandered into town wearing the suits, and then had to convince the local police that they were both drunk, because the constabulary was concerned that Brandon was sober and taking advantage of an incapacitated Faye.  They eventually made their way to the local hotel. 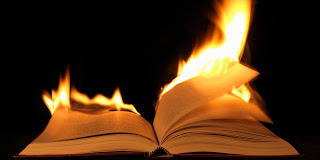 Faye’s demon possessed phone has been texting her new abilities to try, and so she attempted a hex on the surly woman working the overnight shift at the hotel lobby.  The woman went outside to smoke and read her novel, and she accidentally set fire to her book.  Then Faye decided just to make sure she was actually the one responsible, she hexed Brandon so that he would develop a cold, unbeknownst to him.

The next morning, Faye met up with John Longmire, who just came to town, purportedly to investigate the strange animal behavior that began happening around the same time as the child abductions.  Faye and John had breakfast, and Faye entertained John in his room while Brandon did more research on their potential supernatural opponent. 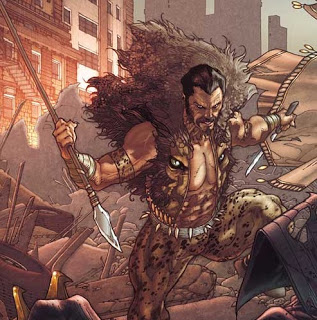 The night before, Faye had caught a glimpse of a man wearing animal skins, furs, and feathers that was commanding the animals that attacked the care, and referred to their unnamed assailant as Kraven the Hunter.  During Faye’s interaction with John Longmire, she found out that Longmire wasn’t really an animal behaviorist, and that he was somehow linked to “Kraven.”

Brandon found out that Longmire was colleges with a man named Anthony Dismond, and both were anthropology professors out west.  Brandon also associated the pelts and feathers that “Kraven” wore as being connected to myths about evil spellcasting skinchangers of Native American lore.

Brandon and Faye decided to investigate a farmhouse near the center of the animal attacks that had been reported in the area, with Brandon investigating the house, and Faye investigating the barn. Brandon found tire tracks that led into the fields and off road, and Faye managed to find an enraged bull controlled by the skinchanger’s magic.  The bull gored both Faye and Brandon, and Brandon attacked it with a ceremonial knife he was carrying while Faye attempted to hex the creature to death.  Eventually the knife and the injuries it sustained from running into a fence an wrenching  it’s neck killed it, but not before Brandon and Faye were badly injured. 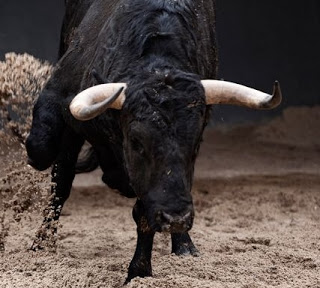 Faye and Brandon spent the night in the hospital, and then in the morning headed back to the farmhouse, ready to set a trap in the barn whenever the skinchanger came back to use the workshop there.  Before they could spring the trap, however, Longmire arrived, and Faye attempted to find out what he knew and why he was there.  Brandon and Faye both left the barn, and Longmire noticed Faye and began to explain to her that the situation was too dangerous for her to be here.

Dismond’s van returned to the site, and he had the 10 year old abducted child drugged and helping him as he was about to perform a ritual that would boil down the twin toddlers he kidnapped into components for his bone powder. 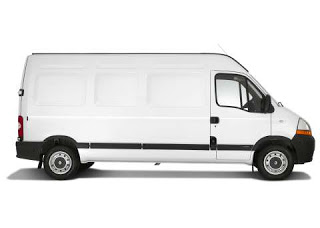 Brandon earlier had found a ritual to create a simple medicine bag that would temporarily enchant his shot gun in a manner that would hurt the essence of a skinchanger, and while Dismond was distracted with the arguing couple, Brandon fired and injured him, but did not kill Dismond.  Dismond released a sack of bone powder poison that Faye, Brandon, and Longmire managed to avoid, but the 10 year old was in the path of the supernatural poison, and Brandon caught a lung full pushing the child out of the way.

Brandon shot the skinchanger again, but not before he turned into a mountain lion and pinned the man, knocking him unconscious.  Longmire explained to Faye that Dismond was an associate of his who found out the dark rituals to speak with evil spirits that would teach him to become a skinchanger, and that Longmire had tracked him down to end him.  He told Faye he didn’t expect her to understand all of this supernatural stuff. 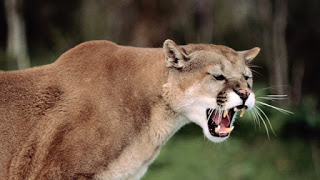 Faye then let her hair swirl around her and gave Dismond the “creepy eyes,” and his own bone powder, which he should be immune to, caused his mountain lion form to wrack in pain and coughing.  The badly injured skinchanger changed to crow form and flew away before he could be killed, ending the immediate threat but allowing Dismond to live to potentially take his revenge.

Longmire, surprised at Faye’s ability, helps to revive Brandon, and offers to take them to breakfast after they drop the now safe children off with the authorities, and he mentions that Dismond will eventually have to be found and dealt with, as he has become a truly irredeemable monster. 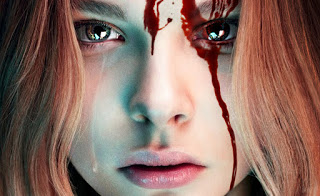 Side Notes:  Having a lot of fun running this system, and my two gracious players +Christopher Osmundson and +Kathryn Rumer seem to be digging the game as well.  They of course surprised me by not investigating the child abductions so much as going after the animal attack side of things, which made the night interesting, but definitely didn’t derail anything.  Also, I could have killed Christopher’s character, but inflicted multiple effects and knocked him out instead, at least in part because the way the group is burning through Luck, they may not be around for very long to begin with, and in part because I made the Bone Powder Poison really, really nasty, and the bull did a bit more damage than expected earlier in the night.

Faye also picked up an arcane reputation with Vampires, Organized Professional Wizards, and Demonologists.  That could be fun.