So in the course of running the Annihilation Event for Marvel Heroic Roleplaying, despite the fact that I’m running the event to cut down on prep time, and we’re using established characters to cut down on campaign work, I still ended up making up a datafile and a a couple of sets of milestones.

I have one player that may be playing Adam Warlock when he gets the chance, so I made an Adam Warlock circa formation of the Guardians of the Galaxy datafile, and then later came up with some milestones for him.

In addition to Adam Warlock, in a move that should not have surprised me at at, +Christopher Osmundson took me up on the “play anyone not available in the event for 20 XP” unlockable, which I was expecting to be used to transport Spider-Man or Deadpool or somebody across the galaxy to participate in the event.

Instead, he switched to playing R’kin, the little Skrull that hung out with Super-Skrull during Annihilation.  So I made up a few milestones for him as well. On the WAY outside chance that you have a player that wants to play as that cosmic powerhouse R’kin, you are all set. 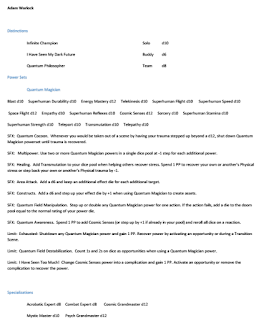 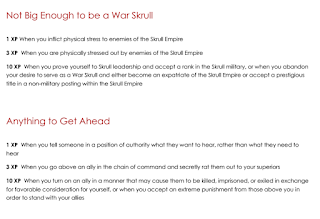