A Game So Good, It Could End the World (Monster of the Week Session Three)

Thursday night we added a new player to the Monster of the Week game (well, not new, but he’s new to the MOTW game, but is another player from the Werewolf game, who is temporarily home from his game demoing sojourn, and our alpha is still missing).  He picked up the Summoned playbook, which looked like a lot of fun.

It was, indeed, a lot of fun, but I learned a few things from the introduction of the character.  Introducing histories later in the campaign tends to flavor things a bit.  Given that the Summoned is modeled at least in part on Hellboy, having a character present at your summoning who has only recently been dabbling in the supernatural tends to shift some things that might have been assumed to have been “past tense” items into “present tense.”

The other thing is, if you don’t want to casually wave off the signs of the Apocalypse inherit in the Summoned’s use of Luck, then whatever you might thing would be the a campaign arc for your game is probably not going to be nearly as compelling as the potential end of the world, so that might change the landscape a bit right there.

Let me disclaim what I said above unless anyone things it’s a complaint or a negative thing.  It really isn’t.  I think having a player pick the Summoned and having the end of the world potentially looming really is at the heart of “play to find out what happens,” and worrying too much about the directions things might have looked like they were going instead of jumping in and telling a good story together with the new ingredients is missing the point of how the game works.

I also had a plot thread I wasn’t actively following really come back to prominence.  It’s a potential plot element that could have a lot of millage, no matter how it turns out, and it was greatly player driven, which is great, but was an angle I wasn’t expecting to bend back to the fore, so we’ll see how this one plays out as well.

Faye’s demon phone continued to send her messages attempting to teach her the full spectrum of diabolic magic, and Brandon’s car was still damaged from the duo’s last adventure, so Faye decided to see if she could fix Brandon’s car.  Her phone provided her with a ritual that would transform a mundane vehicle into an epic Chariot of Power.  Faye borrowed the car, drove into the country, performed the ritual . . .

And Brandon’s car was transformed into a large 70s era conversion van complete with paintings of demons, volcanoes, gargoyles, and Brandon, shirtless, driving a chariot for a faceless being behind him.

Inside the car was a large demonic creature sitting on a carved throne of indeterminate material.  The creature knew a lot of basic supernatural information and the general classification of beings  (mortals, demons, undead, spirits, etc.), but nothing about his own actual purpose or why it had been summoned.  The demon in Faye’s phone was very happy to have started the countdown to the Apocalypse, but he warned her that the Harbinger might be a bit fuzzy on his purpose and background, and to take it slow with him.

For her part, Faye honestly just wanted to do some magic and fix Brandon’s car.

Driving home, Faye attempted to explain to Brandon why his car was now a van and who was in the back of the car.  The demon, not particularly concerned about public opinion, sat openly in the back of the van while Brandon and Faye talked, and when the neighbors saw it, Faye yelled to the neighbors “It’s cosplay!”  Whereupon, the demon assumed it’s name was, indeed, Cosplay.

While Cosplay did not know it’s past or it’s destiny, it did recognize that Faye was it’s herald and Brandon was it’s charioteer. 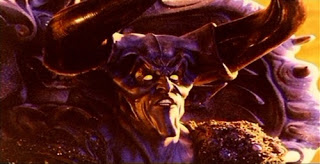 Faye explained the situation, defensively, to Brandon, who also managed to find out the full nature of what happened, and accidentally taught Cosplay his full name, which caused the first sign of the Apocalypse, as the name reverberated across the Midwest.  Cosplay continued to use Cosplay, since it’s name seemed to be difficult for mortals to pronounce.

Faye was also concerned that she might be pregnant with one of her vampire friend’s child, because Brandon had researched that a vampire newly flush with blood does briefly retain the mortal ability to father children, and Faye began to worry about that as well.  Cosplay was motivated to find purpose and do great things, to challenge itself, and wanted to investigate one of Brandon’s mysteries, so the group headed to Missouri, where teenagers had been placed in a mental hospital after believing that the zombie apocalypse was starting.

Cosplay sat in the van while Brandon and Faye convinced one of the teenager’s doctor that they were family members, and Faye spent some quality time touring the doctor’s office to keep him busy while Brandon discussed what had happened with one of the teenagers.  Brandon found out that that the teens had seen animate corpses in the local graveyard, and they were afraid that a zombie plague was about to start.  Brandon though the corpses were actually the result of corruption demons animated the dead bodies, and tried to calm the teen and promised him that they would look into the trouble.

Cosplay patched up Brandon’s wounds before they realized Faye and crept off further into the warren, and Faye was trapped behind a gate in the chamber where the Dead King Below’s throne room was located.  Cosplay and Brandon barreled into the room, but Faye was negotiating with the Dead King Below in order to find a way for him to claim his own territory when Cosplay brought about the Apocalypse. 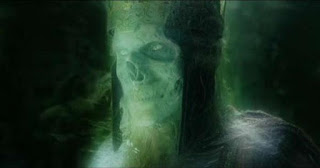 Faye attempted to keep her negotiations secret from Cosplay and Brandon, and negotiations with the Dead King Below began to break down when he explained that he was poisoning the water supply of the town and was going to collapse most of the settlement into the underworld, killing as many inhabitants as he could, animated more bodies with more corruption demons, and then repeating the process across Missouri until he reached St. Louis.  He also was confused when Faye explained to him that the point of Jenga wasn’t actually to cause the tower to fall in the most spectacular fashion possible, and a fight broke out.

The Dead King Below’s form was destroyed, but not before Cosplay had unwittingly caused another sign of the Apocalypse, causing the shadow of a giant dragon to fly around the world and merge with him as the Dead King Below was seemingly destroyed.

Brandon feared that they did not permanently end the threat, and began looking through his notes in the van, finding out that the Dead King Below could only be destroyed if he was nearly severed from his physical housing and then had an exorcism performed as the last step in destroying him, thus sending him back to Hell.  Cosplay and Faye stayed at the graveyard to finish him off after Brandon had given Faye notes on how to complete the exorcism, and Brandon drove off to the hospital to attempt to find out what the Dead King Below had poisoned the people with.

Brandon was furiously doing research on his phone while driving, and had an accident.  After rolling the car, he pulled himself from the vehicle and suddenly realized what the poison was.  Calling the hospital, he had just managed to tell the doctors what the substance was and how to treat it when he was struck by a car and tragically killed. 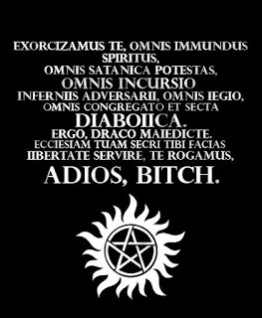 The Dead King Below immediately chose Brandon’s form to inhabit, and shambled back to the graveyard to fight Cosplay and Faye.  Cosplay called upon it’s supernatural might, and unknowingly unleashed a world wide rain of fire as he clashed with the Dead King Below in Brandon’s body.  Faye emptied the gun that Brandon had given her into his corpse, saying that it was oddly enjoyable, and then finished the exorcism to banish the Dead King Below back to Hell.

Brandon dead and the monster defeated, Faye received tons of messages from around the supernatural world, not the least of which were messages from her vampire associates, who wanted to meet in St. Louis to discuss what was going on.

Alders, the first vampire Faye had met, was horrified to find out that Cosplay is the Harbinger of the Apocalypse, and told her that he would confer with the court in Chicago to find a solution to the situation, and in the mean time, to keep Cosplay away from people and dangerous situations.  Cosplay then mentioned that Faye was concerned that she had spawned with the vampires, and Alders was amazed to find out that he could still have blood pressure problems and reflux.

Cosplay demanded that the duo set out for Mississippi and a mystery that Brandon was researching, because it’s what Brandon would have wanted.  Faye turned her demon phone over to Alders for safe keeping, and the pair went to the parking garage to find the van . . . and Brandon.  Or at least his ghost.

Brandon had no idea that he was a ghost, and assumed he had slept the whole way to St. Louis, and was wondering why Cosplay and Faye hadn’t awakened him before they got there.  He was ready to head to Mississippi, and offered to drive.

Upon having his character die, Brandon’s player picked the Monstrous playbook and chose “ghost,” and then asked if he could play Brandon’s ghost, which seemed way too fitting to not allow it to happen.