It’s Been A While–Let’s Attempt a Project!

It’s okay, you don’t have to answer. I’ve pretty much resigned myself to realizing I’m talking to myself at this point. How did anyone ruminate in ages past when they couldn’t do it publicly on the internet?

Anyway, I’ve got a lot of RPG products in the backlog. It’s not that I haven’t read some parts of them. I’ve read sections here or there, especially when they might be useful to a game I was running or playing in. But I haven’t read them cover to cover.

My attempt at a project, then, is to set up a list of backlogged books, read them cover to cover, and actually review them. Because I’m intending to review them, I have some things in my backlog, oddities that I’m more curious about than likely to play, that I’m skipping over. Beyond that, I want to actually get some critical thought on some of these things.

I’ve got a pretty wide range of backlog, from different genres and from companies large and small. I’ve even got some backlog that shows some interesting change in focus from when a line launched to its current production schedule, even without any kind of official “edition” change.

I’m hoping my long, long flight to Hawaii and back over the next week or so will give me a good head start on the books. That also reminds me–who the heck do we have to beg at Lucasfilm to allow Fantasy Flight to put out PDFs of the Star Wars books? 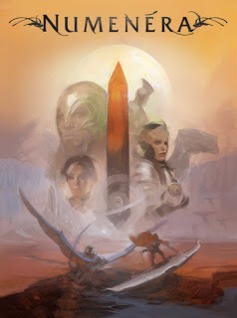 One other thing this project is reminding me is that some of the RPGs on the shelf, good as they are, or increasingly fading into the rear view mirror. Even the material I’m looking at for this project is unlikely to ever all reach my gaming table, but I’ve still got other games I’ve barely touched that, while good, aren’t on my radar anymore, and aren’t likely to come back into the picture. 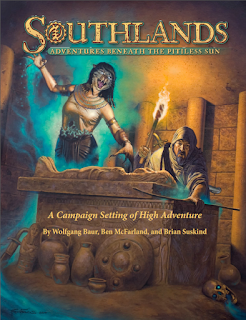 I’ve got the first book ready to go, and I have a ton of notes on the book, so that should go up soon. I’m still debating on whether I want to jump around genres and game systems as I do this or if I should stay focused on one game system while whittling away at the list. 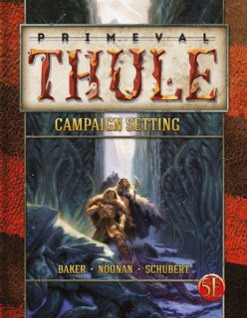 Thanks for listening to the words echo around my head!