What Do I Know About Reviews? Sly Flourish’s The Lazy Dungeon Master

I love discussion about running games. I mean, I love actually gaming, and talking about game sessions, and rules, and settings. But I also really enjoy discussing the act of running a game. What it takes, what can happen, best practices, and what can go wrong are all things that fascinate me. 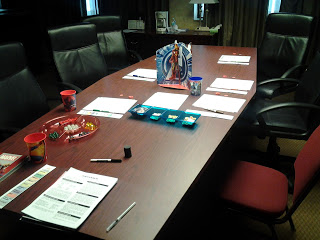 In fact, you would think that as much as I read blogs and books, and listen to podcasts on the topic of running games, I’d be better at it. I can only think about how abominable I’d be if I didn’t zoom out and think about the overall act–in the abstract–once in a while.

Because I love discussing the practices of the hobby, I’ve accumulated a few books about running games, and I always look for more. I can’t tell you when I actually picked up the book that I’m reviewing in this post, except to say that I’m pretty sure I purchased this after 5th edition Dungeons and Dragons was announced, but before it was actually released.

Thankfully, the epub version of this book was fairly easy to digest in between taking care of Adult Responsibilities, so I could actually sneak this in while working on another book that I only have in physical form (which limits the places where I can sneak in a read). 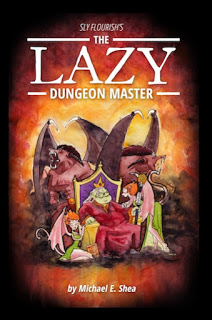 Sly Fourish’s The Lazy Dungeon Master was published in 2012, towards the end of Dungeons and Dragons 4th Edition’s lifespan. The book itself doesn’t have a lot of artwork adorning it, but it has a nice professional cover, and is professionally organized and set up, at least in the epub form that I read.

Because there are a lot of smaller chapters, I’m going to break the book into the main body, a discussion of a few points from the main body of the book, and the appendicies that come at the end of the book.

There is a wide range of advice in the book, revolving around doing less prep work and the practices that can make running games less arduous for a DM. There is also a discussion of what prep work actually yields the best results at the table, and some specific practices to utilize.

The book looks at games at the encounter, session, and campaign level, and tackle topics like what you need to know to keep a game moving, how much to improvise, and how much to delegate to players in order to free up time and energy for the DM. 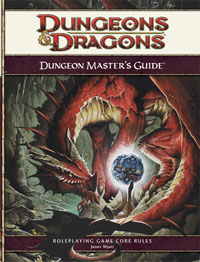 Because there are numerous small chapters, and some topics are relevant at the encounter, adventure, and campaign level, there is a bit of repetitive advice. Additionally, there are a few digressions into 4th edition D&D specific issues, but those digressions don’t last too long.

Callouts from the Main Body of Text

The section on utilizing index cards in specific ways to plan adventures, NPCs, and campaign arcs is very good, solid advice, and is widely applicable. It’s relevant to just about any game except those where the GM isn’t going to be primarily responsible for the overall narrative.

There is a section on delegating tasks to various players that could be useful. Depending on the particular game, some of the tasks delegated won’t work as well. While many editions of D&D assume you aren’t going to divulge defense scores for monsters, for example, there are fewer mechanics that get muddied if you reveal them to players in 4th edition than in 5th edition, as an example.

An opinion is stated that published adventures might be as much work to utilize as just creating a campaign from scratch, and there is a link to a Gnome Stew article by the always-interesting Phil Vecchione, but once this link is established, there isn’t much of a discussion supporting the opinion posited in the link, and there isn’t much further discussion of using published adventures.

While the opinion is perfectly valid, and there are other GM advice books that handle the topic, the main reason this jumps out at me is that several of the Dungeon Masters that discuss their best practices later in the book cite using published adventures to save time in prep, which seems to contradict this section of the book.

The first appendix in the book is a collection of lists to help a DM generate ideas for adventure plots, NPC names, events, and random items, to kickstart the imagination. These lists have a lot of solid ideas in them, but all of them are relatively short. They are useful and well written, but there are definitely more extensive toolkits available both online and in other books. What is here, however, is very useful.

The next appendix collects statistics showing where DMs that responded spent their time, regarding preparation of games. While it was interesting to see the author back up his assertions about where and when to spend time and effort, the raw numbers aren’t particularly riveting. They definitely serve to reinforce the credibility of the author and underscore the effort that went into the book.

The final appendix in the book is actually my favorite part of the work. A collection of DMs that have worked as freelancers, have a presence on the web, or both appear in this section, answering some specific questions about prep time and how they handle running their games.

There are some really interesting discussions of where to devote time, and even the strengths and weaknesses of the various DMs and what they do in order to compensate for those weaknesses and to play up their strengths.

I actually wish this section of the book were longer. That said, because each DM survey is presented in the same way, in the same order, the structure feels a bit repetitive, even if the answers are all very interesting. I’m not sure if it would have helped to have given all the DM answers for each question at once, or if that would have ruined the “flow” of understanding their point of view.

Regardless, that’s a minor quibble on my part, as the most valuable part of the appendix is the actual DM ruminations.

Some of the advice in the earlier sections of the book can be repetitive. There are a few digressions on 4th edition specific issues that won’t apply to people not running D&D 4th edition. While professional, some of the organization makes the information feel a bit dry, especially in the appendix.

Roll Out of Bed and Run The Game

The specific discussion of how to utilize index cards to plot encounters, adventures, and NPCs in the campaign is immediately useful to a wide range of games. The DM survey answers are informative and entertaining to read beyond their functionality. Most of the body of the game advice is very conversational and easy to digest.

Dice On The Table 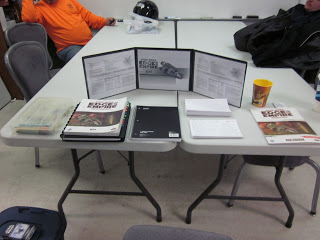 The DM advice section felt like a very solid three star product to me, but coupled with the DM survey answers, the book suddenly gained a lot more potential functionality for GMs, like me, that are obsessive about discussing the meta aspects of running the game.