I was about to title this post “Gaming Resolutions,” but, let’s be honest, I don’t want to be quite that definite about these goals. Lots of stars have to align to make sure that gaming goes the way I want it to go, and so these are just what I hope happens, gaming-wise, and the direction I want to push my gaming.

Get Back On Track With My Read and Reviews

I definitely made some progress with my backlog of gaming material that I need to read, but December slowed any progress down to a crawl. I need to make some formalized time to do this, and to get away from any distractions so I can make progress, take notes, and take a bite out of that list.

I like both The One Ring and what I have seen so far of Adventures In Middle-earth. Ideally, I’d like to play both and get a feel for the differences and the way campaigns unfold in each. I’d be happy if I managed to do one or the other for a least a short campaign. I really want to find a group of people that both love Tolkien enough to want to play in the setting but love gaming enough not to get too upset with me if my version of Middle-earth drifts slightly towards the movies from time to time. 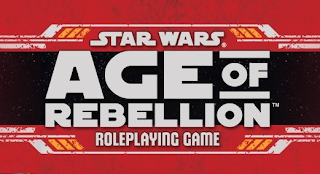 I still want to try the Rebel insurgents in an isolated system game, this time from the beginning, without inheriting characters from another campaign that already have some baggage attached to them. I also want to attempt a slightly more ambitious campaign, with the PCs being a special Alliance team shutting down half-built superweapons unleashed on the galaxy between the Battle of Endor and the Battle of Jakku.

Experience the Full Shadow of the Demon Lord 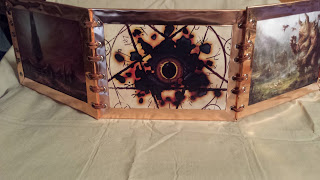 I really want to run a game of Shadow of the Demon Lord for 11 sessions (which is a campaign in that system, if you follow the expected play style). I’ve been really impressed with the game, have a ton of material for it, but it always seems to get overshadowed (ahem) by D&D. I don’t want to run it at the same time I’m running a D&D game, or when my players have too much D&D in their systems.

I own Dungeon World, and have gotten to play it exactly once. I would like to run it, but like Shadow of the Demon Lord, I don’t want to run it for people that are already saturated with D&D. I’m really interested to see how the game flows after running Monster of the Week and World Wide Wrestling a good amount over the last year, but I don’t want it to be competing with D&D to make an impression.

I really want to finally run a Dresden game. I’ve been excited to do so since I first got the full Dresden Files rules, but time and my lack of enthusiasm over the magic rules has kept me from making it a priority. The accelerated rules have me wanting to revisit the setting, and I really want to run a Fate game that isn’t just a one shot.

I was going to attempt to run a series of one shot games last year, but never quite got far enough to do more than one or two of them. I would love to do multiple one shots based on the Fate Worlds of Adventure that I have as well as some of the Powered by the Apocalypse games that I have, but I need a steady schedule first, and I feel like the more regular campaigns I want to run will push this idea aside for a while.

I’m enjoying Storm King’s Thunder, and I want to run it to the very end of the adventure. I like 5th edition D&D better than my previous 3.5/Pathfinder/4th edition experiences. That said, I am also looking forward to completing the adventure so I can move away from D&D for a while again. I’m having a blast with it, but I always have this nagging thought at the back of my head that I’m playing it “safe” when I get too settled into D&D, and that I honestly like playing with new game systems.

Get Some Cypher Gaming Going 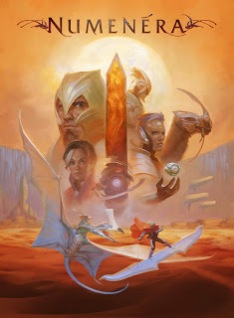 I have a lot of Cypher System material, and I really am interested in both the settings and the game rules. While I would prefer to play a campaign of The Strange, I’d be happy with a Numenera game, or even a short campaign based on one of the Worlds of the Cypher System I have coming when they are completed.

Just like I want to get used to playing and running more game systems and settings, I want to expand my horizons on where I can run games. I’m still trying to figure out some options here. It’s not a matter of not liking to run games online or at the FLGS, but exploring what can be done at other venues. One of the things I would like to do in the future is tour some of the potential locations I’ve been coming up with (library, student unions, coffee shops) and see how they “feel.” I also imagine suitability is going to vary based on trying to run, for example Age of Rebellion versus a session of Action Movie World or Fate.

I actually enjoyed posting my Marvel Heroic games on YouTube. It’s not that I think I’m a great GM, or that those sessions just had to be seen, but I did get a bit of feedback from people that weren’t sure what to do with the game that appreciated seeing it actually being done. I’d like to do that with more games, and honestly, I like having the record of what happened that I can look up.