D&D Beyond and the Latest Dragon Talk Podcast

I listened to the latest Dragon Talk podcast, WOTC’s official D&D podcast. This week, the interview as with Curse Media staff members, discussing D&D Beyond, the online/mobile set of tools that are being developed to support 5th edition. I had some thoughts I wanted to get put down upon hearing this update. 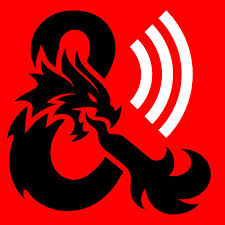 Keep in mind, none of my concerns are “concerns” in the sense that I think this is going to go down in flames or ruin D&D. Think of these more as “concerns” as in I want to know what the long term ramifications might be, and I’m “concerned” that there are a lot of interesting questions raised by the hinted at functionality, and some potential problems. 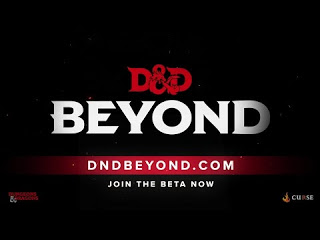 D&D isn’t the easiest game for character creation, but it’s not terrible, at least not in 5th edition. I think we’ve gotten to the point to where the “proof of concept” is that, within certain limits, its not too hard to teach a new player how to make a character or to make one in a relatively quick amount of time, but it could certainly be streamlined.

Despite this, I think it will be great to make this process faster, but I do worry that if it gets too automated, it gets easier to mechanically optimize and de-emphasizes story considerations when creating a character. Granted, even without a unified character builder, that happened in 3.5, but I have a concern that if the “build” part of character builder is a hit, it’s a signal to the D&D team to open the floodgates of more player facing content, since it can be “managed” more easily digitally.

The 4th edition tools for D&D were eventually great. They also spelled the doom of any 3rd party support, because there was no easy way to add in that content. Having just invested heavily in the Midgard campaign setting material for 5th edition, I’m a bit concerned that the ease with which official material can be managed in a proprietary application might make a third party setting with copious options less attractive to players. 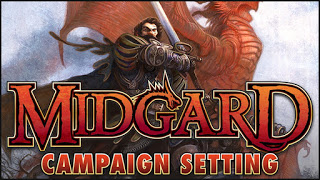 The third party material for Pathfinder, for example, is handled by a third party platform, so the support for integrated OGL material is limited only by what the third party companies want to contribute to that character building platform. A proprietary application will have other hurdles to jump if third parties want to participate, if it’s even allowed.

Granted, 5th edition already has much more robust support for third party material with the new OGL than 4th edition ever did, but there is still a concern that for more casual groups, defaulting to official material is going to be much easier to do. It’s a trade off, because I’d rather have more people in the hobby, than fewer that enjoy the full range of the OGL right from the beginning.

The content sharing aspect of D&D Beyond could be very interesting. It sounds as if, you could share something publicly, it would have to be approved, and then it would be available for import to anyone open to importing that material.

This opens up a few questions:

This is probably the tamest question of the bunch, but I’m curious to know if there will be any form of digital log sheets for AL, and possibly a content management option that lets you put in your PH + 1 option and limits your choices to the legal range.

Overall, I’m really excited to see what these tools can do. I especially liked hearing that there will be a Monster Builder where you can tweak core monsters and add and subtract traits from them. That’s going to be a huge time sink for me right there. I just hope that this new aspect of D&D opening up synergizes well with how 5th edition has worked so far. Between the DM’s Guild and the OGL, this can’t just be a better version of 4th edition’s tools.