Posted on 06/23/2017 by Jared Rascher Leave a comment
So there was a recent dust up in Star Wars land, and Phil Lord and Chris Miller were removed from the helm of the Han Solo movie. Then Ron Howard was hired on to finish up the project.
What is interesting to me is that people really like to have villains in a story like this. I don’t mean the movie, I mean the narrative of how the movie is getting made. Either Lucasfilm is the big evil corporate bad guy, or Lord and Miller are worthless clowns seeking to destroy whatever cultural dignity Han Solo has in the public eye. 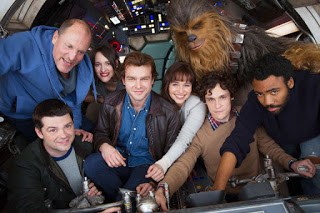 If you subscribe to the “Lucasfilm is Evil” school of thought, then Lucasfilm is a bunch of out of touch corporate managers that hate creativity and exist only to make poor quality products that they will then convince you that you liked. Lord and Miller were going to create art, and damn it, Lucasfilm wants you to eat the McDonald’s of Star Wars movies and like it. Eat the Han Solo McNuggets!
If you subscribe to the “Lord and Miller Are Evil” school of thought, you have two guys that have a golden opportunity to work on the biggest of A-list properties, and they squander that opportunity by not realizing that Star Wars is special, and they shouldn’t resort to their regular bag of tricks. They were going to make a slapstick comedy, and Star Wars is serious business. 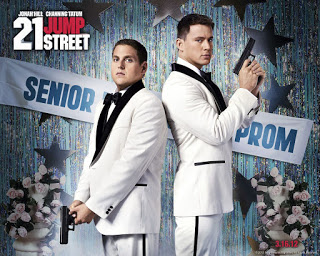 It sounds cliche, but honestly, I think the truth lies somewhere in the middle. I also think that for anyone worrying about the movie–don’t blindly assume it will be good, but hey, people thought Edgar Wright leaving Ant Man was a sign of the impending doom of the movie. From my point of view, that turned out rather well.
Some people have said that Lucasfilm should have known that (a) Lord and Miller are comedic directors and (b) Lord and Miller are much more modern “improv” heavy directors, and thus don’t fit with the Lucasfilm vibe. I don’t think knowing what a director has done in the past automatically means they are always going to work in the same style. Lots of directors change and evolve over time. I mean, Lucas’ first attempt at sci fi was a dystopian near future movie, and then he did a movie about street racing and 1960s youth culture. Neither of those would have pointed towards a pulp science-fantasy franchise.
One of the realities of being the gatekeeper of IP that has been around for 40 years is that you have to make decisions based on preserving what has come before. It is easy to play it too safe, and it’s easy to lose sight of what the franchise should be. Let’s look at Marvel for an example.
Captain America is an institution. People know who Cap is and have expectations about Cap. You can play it super safe and have Cap being an awesome guy that is everything good in the world, beating up obvious, super evil guys. This could get stale. On the other hand, you can push boundaries. You can push boundaries well, and you can push boundaries poorly. 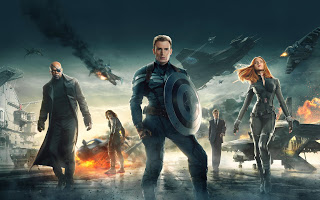 Although the story unfolds differently, the Winter Soldier story in both comics and movie form push boundaries. In the comics, Steve is still the guy that does the right thing, but there is a resigned weariness to him. He knows the right thing. He does the right thing. In his heart, he’s not as sure it will make a difference, but he’s not going to tell anyone else that. In the movie, he has to face the fact that the modern era is a lot different than the time he left. Some things are better, other things are worse, and he has to deal with a lot more nuance.

On the other hand, you have Secret Empire. There is a laudable goal of wanting to show that “there but for the grace of God go I,” and that Steve wasn’t born upright and true. People are molded by circumstance and environment. But it goes a bit too far by wanting the impact of having Steve suddenly being a sleeper agent for a Nazi-adjacent organization, but the cover of saying that Hydra isn’t technically Nazis. Also, everything you knew about everything in Marvel history is wrong. Until it wasn’t wrong and it was actually changed. Until it was actually changed again and you were really wrong.
The point being, it’s getting harder to see the core “Steve” that people like in Captain America, for all of the high end message and canon-manipulating craziness. It may have just been better to have old Steve working with new Sam Cap. It might have been safer, but it was still pushing boundaries to have Sam being the ONE Captain America, while letting Steve have his legacy intact, being the guy we still loved.
That’s the challenge the IP holder has. You need to push forward enough not to stagnate, but not so far that you lose the core of what people loved about your IP. Lord and Miller may have a great movie, and in the end, it may even have “felt right” in the context of the rest of the Star Wars films. However, day in, day out, before the movie was completed, seeing the direction they were going could easily have made Lucasfilm nervous that all of the scenes wouldn’t have come together. No real villains, just a difficult balance between pushing out, but keeping an eye on the shore.
If you are expecting an IP that has been around for decades to constantly do new, exciting, challenging things, I’m not sure you are going to be rewarded. I’m not saying you are a terrible fan for wanting something new, but honestly, innovative, new things are usually just that–new things. Once you have an established fan base, they have expectations, and while you can push those expectations, you can’t entirely ignore them and hope to be successful.
The Han Solo movie was probably the new Star Wars project I was the least excited about. My main expectation is that Han is a lovable, but still morally questionable, scoundrel by the end. It cheapens his character development in the classic trilogy if you make him too much of a hero before he enters the story. While I worry about making him too heroic or morally upright, I’ll also give credit to the modern Star Wars creators because when faced with a similar situation with Lando’s appearance in Rebels, instead of making him a potential Rebel sympathizer, he was full on con man, and that’s what I wanted.

Ron Howard doesn’t excite me as a director, but I don’t dislike him as a director, either. I have enjoyed some Ron Howard movies, and not enjoyed others, but I don’t know that I’ve ever watched one and though that he was incompetent as a director. He’s a safe choice, and after a period of upheaval, it makes sense paddle back towards the shore a bit.
There are heroes on both sides. Evil is everywhere. Let’s just hope a good movie is out there, too.