Posted on 07/17/2017 by Jared Rascher Leave a comment
Down With D&D Last Week
The Down with D&D Podcast had a really interesting discussion on how adventures should be written and presented on their 7-15-2017 episode. I had enough thoughts on the topic that I wanted to share them here, on the blog, to keep people from getting too lost in my ramblings, and to quarantine my thoughts from the rest of the internet, here on my nice, safe, easy to avoid blog.

First off, I have never sold an adventure to anyone in my entire life. I won an RPGA contest back in 1994 for a $50 gift certificate. So that is the grand total of my professional experience when it comes to writing adventures. I have, however, had many thoughts on the topic, after running a lot of Pathfinder Society, Pathfinder Adventure Path adventures, multiple instances of Lost Mines of Phandelver, Storm King’s Thunder, and a whole bunch of adventure reviews on the blog.
Text Book Format
There is a certain irony in Christopher Sniezak mentioning the textbook format for adventures. I just recently use that term in a derogatory manner to describe trying to learn Hero System. I think the term has defaulted to a derogatory term in the RPG industry, but I think the point is that people are assuming that “text book” means, “big book that has lots of facts that may not be relevant to what you want to learn,” rather than “book that has, as its primary design goal, imparting specific information.”
Having fairly recently finished another return to school, modern text books actually do have a lot of worthwhile features to them. There are often sidebars on specific topics, call-outs to pages where information has been previously covered, and summaries at the end of various sections that bullet point the main takeaways from a larger topic.
Bullet pointing, summarizing, and cross-referencing are all things that modern adventures could do a much better job utilizing. 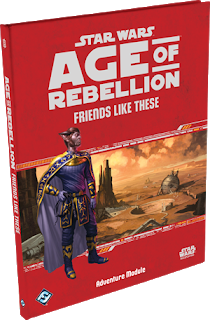 I recently did a review of a Star Wars adventure. Overall, I thought it was good. However, I missed that if you literally use one of the NPCs responses to a question, the dates he gives make no sense for the setting (having his father killed by the Empire before the Clone Wars!). I didn’t catch this, but if I read it straight from the book, and a player caught that, it would have caused latency at the table, as people attempted to figure out if this was suppose to be a clue that the NPC was lying, or was just a mistake in the adventure text.
I really think that any information that an NPC is giving out should be distilled to the lowest common denominator and bullet-pointed. If the GM wants to use more detail, they can. If they want to paraphrase, they can. But the information in the bullet points is what that NPC needs to convey, at the very least, to make their part of the adventure work.
Adventures really need to cross-reference more, as well. There are many, many times when an NPC is referenced in a discussion of another, more immediately important NPC, and without any kind of indexing or call-outs, its very easy to assume that the other NPC referenced isn’t a major NPC of any consequence, unless that is clearly stated in the current NPC’s description.

The only company that I can think of currently that utilizes contextual page references on a regular basis is Monte Cook Games, which has the “third column” layout for page references and additional information as a standard in all of their products.
Real Railroads
I know this discussion has happened many times in the past, but I’m hearing it come up again in various places, regarding “railroads” and what constitutes one. Rather than get into any deep discussion of this, I’ll just put this out there–I don’t know that some players have every had the “fun” of having a GM literally tell them that your character would not do something, and that they instead do this thing described in the adventure, taking your character’s actions out of your hands.
That’s not just a linear adventure, that’s literally playing someone else’s character for them. That is really annoying. “You spend some time looking around and don’t find any leads” is way less of a railroad than “you feel that you must do this thing that hasn’t occurred to you (the player), and you must do that thing now or else lose track of the current adventure forever–and now you do it. Check back in when it’s time to run your own character again soon!”
What Will The Adventurers Do
Shawn Merwin mentioned asking “what will the Adventurers do” as a way of designing an encounter, and the discussion moved into how difficult it might be to design around that mindset, as players can have infinite ideas on how to resolve even a relatively simple seeming problem.
That said, I do think there is some value to asking that question, but I think it’s more valuable to ask it more as “what is the craziest, most plot destructive thing the PCs could do.” In that case, you aren’t planning for an infinite number of things the PCs could come up with, just looking for the things that would cause the adventure to come to an abrupt end by resolving the encounter in an unexpected way, and planning for how to either shortcut to the end or keep that premature ending from happening without taking away player agency.
Fantasy Home Base
The discussion about “what will the PCs do” also touched on where to the players come from, from a fantasy media standpoint.I was at the ground floor of this shift in D&D, and yet was a bit too young to notice it. 1st edition AD&D and much of what came before it assumed a much more “gritty” basis for most adventurers. You want to get rich and famous. Your archetypes are Fafhrd, Mouser, and Conan.
That doesn’t mean you won’t want to save the world, but your primary motivation will be that you are saving the world because you live there and that’s where your stuff is at. Also, it may be fun, because as an adventurer you tend to be a thrill seeker.

The baseline assumption seemed to be that the adventurers were probably neutral, but may be good, and the adventure hooks flowed from that logic. In 2nd edition, that assumption largely shifted to “the PCs are probably good, but may be neutral,” so a lot more hooks shifted to “someone needs help, and it may also be profitable, maybe.” I think by the middle of an adventure, that doesn’t change a whole lot, but I do think the initial hook to get an existing party to care is going to change a bit between a primarily good versus a primarily neutral party. 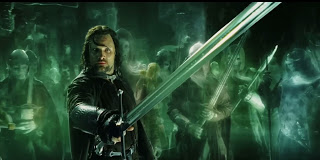 Its also going to flavor some encounters. If you want difficulty to arise from the party not wanting to kill city watchmen, if that is something that might get in the way of, say, saving the world, neutral characters might be willing to off them for “the greater good,” and if you were just expecting tension from “its harder to do the right thing,” you may need to either realize it isn’t going to be a tense scene for everyone, or build in some consequences on the back end if they take the quick and easy path.
And I realize, I probably need to update my fantasy touchstones. People getting into fantasy and seeing heroically motivated individuals may be seeing people like Bilbo or Aragorn, but they may also be seeing Harry Potter or even Doctor Strange. They may know Conan, but their “morally grey” archetypes could be coming from media like Game of Thrones (where, by the way, the ongoing delima is “yeah, we may need to save the world, but we should probably make sure everyone on the continent acknowledges our right to rule first, even if it costs tons of lives and might cause the world to end while we’re busy fighting each other”).
Faction Utilization
I’m thrilled that Adventurer’s League has utilized factions for organize play, and that, because of that fact, the factions get mentioned in just about every published adventure. I also find it kind of ironic that I’ve heard grousing that AL was stealing this concept from Pathfinder Society, when Ed Greenwood’s take on the Realms always included these factions poking their noses into otherwise straightforward situations and complicating them with political maneuvering.

That said, sometimes I really wish there was a little more emphasis on what the factions are doing in a given adventure. In some ways, they default to “each faction wants the exact same thing, just slightly flavored for each faction.” I liked the Zhentarim bits in the opening adventure of Storm King’s Thunder, because it didn’t feel like the default “each faction has a representative here to tell you in a slightly different way to do the same thing.”
I know that some of the AL adventures have secret missions in them, but I wish the main hardcover adventures would utilize missions and complications from the factions a bit more.
Factions and Storm King’s Thunder
I really liked Storm King’s Thunder, but it wasn’t perfect. I really wish that the factions seemed a little more concerned with the giants in the adventure. As written, it felt like you would get a random quest from an NPC to do something largely unrelated to the giant troubles, and when you did the thing, you might trip over an NPC affiliated with a faction, and then because they were tangentially associated with the NPC that wanted a thing done, you get access to some faction resource that makes the adventure easier.

I guess that’s fine if you don’t want to portray the giants as an immediate threat, but it seems like the adventure should have more tools to keep that threat looming in the forefront.
The adventure is good, overall, but it feels like the main body of the adventure was written first, and then the factions were added in as garnish on top later.
The Big Takeaway
I’m really interested to hear what Shawn and Chris have to say about this in the future. For now, I do really like that they are discussing ways to use formatting to make an adventure clearer, and that they both seem to be on the same page with communicating intent to GMs when they read an adventure.
To some extent, figuring out the “purpose” of some encounters, and how the adventure is connected still feels like a “side game” that designers assume the GM is playing before they get the adventure to the table. I’d much rather just spell it out and be obvious, and let the GM use some clearly presented tools.
Its fine to say “this encounter is just here for comic relief” or “this encounter is here to make the PCs feel like bad-asses.” Not everything needs to tie firmly into resolving the main plot, and it shouldn’t. The more functional and obvious the adventure is for the GM to run, however, the more GMs you will get to run those adventures, even if they now know they can swap out 50% of the adventure and not affect the main plot.