D&D Beyond, Pricing, and a Glimpse at the Future

It looks like we now know what the pricing structure is going to look like for D&D Beyond. It’s still relatively new information, and I can’t claim to know all of the ins and outs. I’ll be honest–the website, when I was using it, didn’t seem bad, but it also didn’t seem like it was providing anything I couldn’t find elsewhere (such as the rules included with Roll 20). When I played with the character creator, it may have been a massive fail on my part, but I wasn’t quite getting the hang of creating characters. 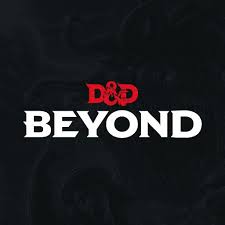 You might chalk that character creator thing up to me being an old man, but I spent years making characters on Hero Lab for Mutants and Masterminds and Pathfinder, so I’m used to a fairly complex set of features for a character creation program.

Still, it didn’t look bad. It just looked a little limited while still in the test phase. Now, we have a roll out date, and some prices.

Several things spring to mind. These are just gut level reactions, not well reasoned or thought out analysis.

Again, no deep analysis, just some initial, knee-jerk reactions to reading the most concrete details we have gotten on the pricing plan so far.