Fun with Rebellions–Talking it Out in a Galaxy Far, Far, Away

Posted on 02/27/2018 by Jared Rascher Leave a comment
My Age of Rebellion game has had some ups and downs. We’ve had several sessions where a month or more elapsed between games, and trying to keep everything moving forward has been a challenge.

Last session I had a strange thing happen. I know the session didn’t go well, but I didn’t feel like I could put my finger on exactly what I did wrong. The scenario made sense. Parts of the session went went. But when it didn’t go well, it really fell flat.
●     The party was hiding from Imperial detection, and was jamming and spoofing sensors as they hopped around the planet
●     The doctor had to make a cure for a genetically engineered disease which would take a specific amount of time
●     A stealth model scout walker was tramping around the area searching for them visually
●     A small Imperial capital ship was following up on anything the detected on the planet
The cure got manufactured, and half the PCs went off hunting the scout walker, with the other half thinking this was a bad idea.
●     The scout walker was brought down, but one of the PCs suffered the permanent attribute damage crit that is one of the worst results in the game
●     The group managed to escape from the capital ship when they uploaded a virus made by the PCs 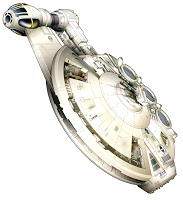 At the end of the game, I told the group that I assume total blame for the session not going well, and that I wanted to solicit opinions on exactly what might have been the problem.
While I was down on myself for not catching the mood of the table and addressing the issues sooner, this was a departure from what I might have done in the past. Depending on how badly I felt the session went, I would have likely just ended the session, went home, and written everyone an email about everything I felt went wrong, or, if the session felt really off, I’d send out an email telling people that I don’t think I can salvage the campaign, and what would they like to do instead.
I’ve learned at least a little bit, so I wanted to catch the mood and ideas at the table before everyone went their separate ways.
●     For my part, I was sure I didn’t read the table quickly enough to adapt to the people not having fun
●     I let the pacing suffer because of how the night progressed
So I asked the table for their side of what didn’t work. What I got was the following:
●     I had poorly communicated the threat of both the capital ship in the scenario and the walker
●     My player that was new to the system wasn’t sure about chases or range bands, so he didn’t want to risk running from a fight, because he was unsure of how dangerous that would be
●     The party wasn’t on the same page about what to do at the end of the scenario, so they went in two different directions, with a disagreement on the actions being taken
I expressed to the group my concern about running more simulationist games after running games like 7th Sea, Dresden Accelerated, and Powered by the Apocalypse games for so long. I was concerned that I was too willing to let them try anything to properly communicate that they could succeed when they did so, and that I may be doing a poor job of coming up with proper challenges.
After some talking, it definitely seems less like the problem is the actual threat level, and was more the confluence of events on that particular night.
●     One of my players, the one that has the least experience with the rules, is much more used to more simulationist games–with Age of Rebellionstraddling the line between simulation and adding in narrative elements, I need to really express things like adding details to a scene via Destiny points or even trying impossible tasks
●     Five out of six of my players were in on session zero and played through a scenario where they all joined the Rebellion together, but then we added a player–I think I needed to do a better job of integrating that character into the team to rebuild the common purpose they started with
●     Because of the way ability advancement works in the Fantasy Flight games, taking permanent ability damage is really, really bad–we agreed to modify the effects of this crit, since its actually better to lose a limb in this system than take permanent ability damage
●     Since I had half the team not participating in the walker hunt, instead of letting them wait on the other team, I really needed to come up with some developing situation with them that needed to be dealt with

I’m glad I took the time to discuss this with the players afterwards. My initial thought process was very focussed on the session being the issue, with me screwing up the game in that moment, and with all of the breaks in momentum, I had forgotten what groundwork I had laid in where.
I have a player not as familiar with the rules as others, and not familiar with more narrative elements in the game. I have a player that wasn’t part of the initial session zero, and not as tied to the meta-plot of the campaign that I developed. The scenario wasn’t the main problem (there are things I could have fined tuned), the problem is with making sure I remind the players of the alternative options they always have available, why they are doing what they are doing, and touching base often on mechanical issues to make sure they make sense to everyone.
But, if I hadn’t taken the time to listen to and solicit opinions, I would have been much more focused on how this one session, and my GMing, was terrible.