You may have noticed I haven’t been posting here as much as I have in more recent months, and this month you won’t get to see a review from me up on Gnome Stew. For anyone interested, I thought I’d provide a bit of an update.

I’ll start with the most mundane thing, and that is, I work at a school district, and we’re reaching the end of the school year. Turns out people really like to have data when they wrap up one year and start planning for the next, so a data specialist’s work is never done.

That’s the normal ebb and flow of work. Now for the less fun bits.

I went to the doctor for one thing, and ended up learning about a whole other set of health problems.

Because I don’t think there should be a stigma about this kind of thing, I’ve had a lot of ups and downs my adult life. There are times when I have a hard time functioning, and sometimes, when everything works out right and I have a nice, steady schedule to follow, my lows aren’t as bad, but they still happen.

On top of depression, my anxiety has always made it hard for me to rest. I’m getting to a point where not being able to sleep at night because my brain keeps reminding me of things that need to be done, or things that can go wrong, is much harder for me to deal with. I was starting to average a little over three hours of sleep at night, and I couldn’t keep doing that.

I went to my doctor, and she helped me to get on an SSRI as well as something for anxiety, and I’m actually falling asleep without being exhausted, and sleeping through the night for the first time in years. Its a really strange feeling to be able to differentiate between being tired and exhausted again.

I also started seeing my therapist again. I had stopped for a while, in part because scheduling was difficult, and in part because I was afraid that because I kept having days where I was feeling depressed, I was convinced I was doing something wrong. Most of the time between sessions I felt pretty good about myself, but I didn’t understand why I kept having those bad days. Now I have the other piece in place, and I’m doing the work again.

The problem is, a few years ago, when I was in a really bad place, I tried really hard to pull myself out of it. I changed my diet, started exercising, and it worked. For a while. Then I got sick and had a few emotional crashes, and I gained back about fifty pounds and went back to some really bad habits with my diet.

Because I wasn’t sleeping, I survived on coffee and caffeinated soda in order to keep my eyes open at work. Because I was always pushing myself to get things done until I finally crashed for a few hours, I ate lots of terrible things. It was a cycle of existing, but not really taking care of myself. 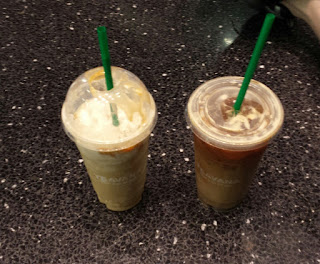 In summary, living off of fast food, coffee, and soda pretty much wrecked my health. I have ridiculously high cholesterol and I am now diabetic. So in addition to being on medicine for anxiety and depression, I’m also on medicine to manage these new health issues. Thankfully, I’m still at the point where I don’t need to take insulin, but I do need to make major adjustments.

The good thing is, it was way easier to juggle the blog, gaming, work, and family when I was taking better care of myself, and now that I have some support in keeping me from having as many issues regarding anxiety and depression, I have better tools to keep taking care of myself.

We make a lot of jokes about gamer culture and the bad habits associated with it, but I’ll be honest with you. Take some time and think about how you are doing. If you can, get checked out, physically and mentally. Take care of yourself. You deserve it.