What Do I Know About My Campaign? Tales From the Old Margreve Campaign Journal #9

Challenge of the Fang, Part II
This time around, I thought I might try to get my summary written just after the game session, instead of, you know, the night before I run the game again. If you are so inclined, you can find the rest of the campaign journals at this link: 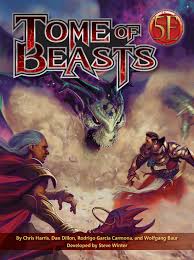 Takeaways
It’s really interesting to look at how the Would Be King of Wolves is statted up, versus the Nightgarm. They are both CR 6 monstrosities that can swallow opponents whole, but the Nightgarm has only one attack, versus the three of the Would be King of Wolves, but that monster does slightly less damage if it hits will all three attacks than the Nightgarm does with its single bite.
There is also a lot of millage that the Nightgarm gets from its resistances. While it’s vulnerable to radiant and silver weapons, its resistant to almost everything else, giving it a significant lifespan if someone were to, for example, drop a silvered axe that does radiant damage before they could hit the monster.