What Do I Know About Gaming? 2019 Games That I’ve Played or Run 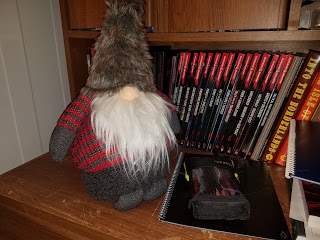 I know I still have most of December to go, and I may manage to sneak another game or two into the mix, but I wanted to look back on the games that I have managed to run or play in the last year. I like to do this to keep in mind how many different games I have managed to play, and how much I have managed to stretch my comfort zone.

Games I Have Run

Here is the list of games I have run in 2019, along with the circumstances of the game:

Games I Have Played

And here is the list of games that I have played over the past year, and the where and when of it: 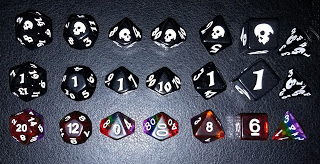 I played a lot of different iterations of PBTA games, and while they have similar resolution mechanics, I think the specific widgets of each system and the different agendas and principals inherent in the various genres make for a diverse range of experiences.

Similarly, the OGL 5e games that I played implement the system very differently. Esper Genesis is the one that most closely aligns with “core” D&D 5e, and even in that case, the vehicle/starship rules are definitely a departure from D&D’s baseline. Pugmire and Monarchies of Mau do an interesting job of making 5e OGL rules even more modular than they currently are, and assembling something different out of them. The Spy Game, as it currently stands in Beta, has a lot of open-ended narrative sections comparted to the D&D baseline as well.

Last year I ran monthly Dresden Accelerated or “It’s Not My Fault” Fate games, and then ran Scum and Villainy for a few monthly sessions, ran a twice-monthly 7th Sea game, ran short Age of Rebellion and 5e D&D Midgard games, and played in a twice-monthly D&D game towards the end of the year.While I still played and ran a variety of games this year, I definitely got pulled into a 5e OGL/D&D gravity well, and I wish I had been a bit more diversified. I don’t want my gaming perspective to get too caught up in a single game system or set of assumptions.I enjoy D&D 5e quite a bit, and at the beginning of the year I had to take a break from running games for a while, so I am very glad that one of my players offered me the chance to play in his game and keep gaming, as well as having the player’s perspective on gaming (which I also think is important). That said, I really want to expand my gaming horizons again next year. 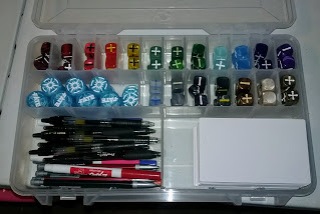 In general, I would love to do another mini-campaign of a Fate game. I really enjoy Fate, especially in some of the better-defined settings that have been published. I say that because I think Fate really sings when you have a clearly defined setting where everyone can easily grasp what the tropes of the genre and the conventions of the setting are. I would love to get more PBTA games on my schedule, for more than single session one-shots. While they are well suited to one-shots, many PBTA games really shine when you can at least get a short arc from them to see how the characters and the plot elements advance.I would also love to take some of the science fiction games that I have for a spin. I want to play some granular but not too granular games in a sci-fi setting, like Star Trek Adventures or The Expanse.

I have a feeling Star Trek Adventures would be an easier sell, just because the tropes are probably more widely known among the pool of gamers from which I would be pulling players.

I would really like to get The Spire to the table, and potentially Band of Blades or another Forged in the Dark game, but I don’t want to overload on fantasy-themed games either, even if they have radically different tones to them.I really like Dungeons and Dragons 5e. I have said in the past that it’s probably my favorite edition of the game, and I have a deep affection for the game. That said, I really want my ratio of other games to D&D content to skew away from D&D, if I can help it. I just need to look at my schedule and see if that will work anytime soon.

And of course, with my review schedule constantly exposing me to new games, I know this won’t be an exhaustive list.