What Do I Know About First Impressions? Unearthed Arcana 2021 Draconic Options (D&D 5e)

What day is today? Its Unearthed Arcana release day, an irregular holiday that strikes when you least expect it! What is the subject of today’s UA? Draconic Options. When I first saw this, I was wondering if this was going to be a “second pass” on the draconic themed subclasses we got a few months ago. That isn’t the case, and this is a whole new set of draconic options, this time including lineages, feats, and spells.

We finally have rules for Dragonborn! Wait, what’s that you say? We already had rules for Dragonborn? Well, now we have more. More specifically, this updated version of dragonborn is using some of the more recent design philosophy in D&D 5e. This document says, up front, that you get either a +2 to one stat, and a +1 to another, or three +1s to add to ability scores. In addition to new versions of dragonborn, we also get a new version of the kobold.

One thing that is interesting about this document is that we have another explanation of character type and how it doesn’t mean anything unless some other rule references character type. Seeing that in the document made me wonder if the updated draconic options were going to do something like the Gothic Lineages document, where these lineages would count as humanoid and dragon, but everyone ends up as a humanoid in this document.

This version of the dragonborn is split between Chromatic, Metallic, and Gem(!) dragonborn. Given that the standard dragonborn get a breath weapon and a resistance based on the dragon type they generally resemble, how do you make chromatic, metallic, and gem dragons distinctive?

First off, the breath weapon ability is different, which switches breath weapons to a per proficiency bonus per long rest model, which we’ve seen in more recent designs. That’s across the board, but all of these types of dragonborn get a 3rd level ability that can be triggered once per long rest.

I like all of these, although I think the metallic dragonborn is my favorite of this group. Between the abilities and the descriptions of the dragonborn types, I appreciate that the differences are explained without invoking alignment. That said, I did get a little bit of a chuckle from the description of the purifying power of acid. That will purify the shit out of you.

This does mean you get another breath weapon at low level, which doesn’t bother me, because if I want to play something with a dragon theme, I really want to play with breath weapons. I do wonder what the dividing line is between a lineage that gets a 3rd level kicker, and one that gets all its toys right off the bat.

I have a feeling gem dragons may be showing up somewhere in the future. I will continue to dream about my “children of hoard stealing adventurers that are cursed to be linnorm dragonborn” in the hopes that they will manifest somewhere.

I love kobolds, but a lot of the narrative around kobolds in D&D has not been great. The first pass at a player character facing kobold in Volo’s Guide to Monsters really proscribed how to view kobolds. Kobolds were one of the only player options that took a penalty to an ability score, and their abilities revolved around attacking en masse and being so pathetic that opponents would think twice about finishing them off. The story is that kobolds are weak cowards that are beneath contempt, so maybe your character is accidentally competent?

The official errata removed the penalty to strength, but that only goes so far. Just for comparison, Kobold Press’ Midgard setting also has a player character kobold, and while it doesn’t take any penalties, it’s still about attacking en masse, but also grants proficiency with tinker tools, playing into a more “old school” design philosophy that’s mashing together culture with characteristics.

Kobolds can inherit one draconic trait from three options:

In addition to the option, you choose from one of those three, kobolds get a draconic roar. This doesn’t scare your opponents, exactly, but it does make it easier for your allies to attack any enemies that heard you roar.

I love kobolds, but I think the story of kobolds gets a bit lost in these mechanics. This boils the story down to “another lineage descended from dragons,” with little else common with previous implementations. Between the roar, an option to be resistant to fear, and an ability that is a natural attack, this feels like kobolds are brave and aggressive.

I don’t want kobolds to be pathetic cowards, but the more consistent, less negative through line for kobolds is that they are cunning survivors.

Keep in mind, I’m not a designer, but I’m going to enter a thought exercise here. If I wanted to keep kobolds feeling like cunning survivors, I would probably get rid of the advantage against fear and the roar. I think it’s cool to have a natural attack option, but I would probably replace the roar with some kind of “trinket” ability to mimic a tiny version of having a hoard. That trinket might have a special ability that triggers either when you leave it behind or when you keep it on your person, and you can yoink it back to you if you choose the leave it elsewhere option. Something like that, that still calls back to dragons, but without the “rar!” draconic call backs.

I won’t go into too many details on these, but there are three feats included in this document. These are similar in flavor to the feats in Tasha’s Guide to Everything that allow you to be feytouched or shadowtouched.

I like Gift of the Chromatic Dragon and Gift of the Metallic Dragon as they stand (although I would love it if your manifestation of healing involved literally breathing life into the target you heal to better unify that dragon theme). Gift of the Gem Dragon feels a little too removed from “dragon,” since it focuses mainly on the idea that gem dragons are psionic, so by transitive property of vague mental abilities, their feat can be something that feels like another psionic feat.

This UA has seven new spells, four of which are named after some draconically aligned famous NPCs.

Draconic transformation is kind of like the elemental infusion spells, except that instead of giving you an ongoing elemental attack that you can use as an action, you get a force-based breath weapon that you can use as a bonus action, and you can manifest wings. Since its 7th level, instead of the 6th level infusion spells, it’s probably a good upgrade to that style of spell.

I really like Raulothim’s Psychic Lance, mainly because I like the idea of psychic spells that just fry your opponents with psychic damage, and something just feels right about having a concentrated “death ray” of psychic power that targets a single opponent. I like the creepiness of having an alternative means of targeting that involves whispering an opponent’s name.

Hm. That really makes me wish we had a wizard subclass that deals with truenames.

If you have seen the other recent summoning spells, Summon Draconic Spirit probably won’t be a surprise to you. It’s a 5th level spell, which summons a set dragon stat block with variable armor class and hit points based on your level. You also get to pick a damage type for resistance and your breath weapon, and you share the dragon spirit’s resistance.

The other spells include:

I’m good with all of these spells. Nathir’s Mischief doesn’t really all out to me, because the random hindrance feels less like a good option and more like something you would do just for the hell of it, since it’s harder to determine what kind of hindrance you might inflict on an opponent.

However, now it’s time to get back to one of my favorite topics: Are spell components meant to be limited by their cost, or by their implied rarity, as imposed by DM fiat?

Wherein I Wander Off the Path Again

I’ve asked this in the past, but the material component for Summon Draconic Spirit really drives this home, because it requires a 500-gp art object from a dragon’s hoard. That’s not a random shopping item. That goes beyond “how many expensive chalices or gems exist in this city.” That’s a story element. Taking something of value from a dragon’s hoard isn’t something that happens lightly, but at the same time, the literal cost of the item is in line with the cost of other summoning spells.

I’m just hanging this question out there on the door, like I have before, because I’m talking about UA, not core design conceits for D&D’s magic system. 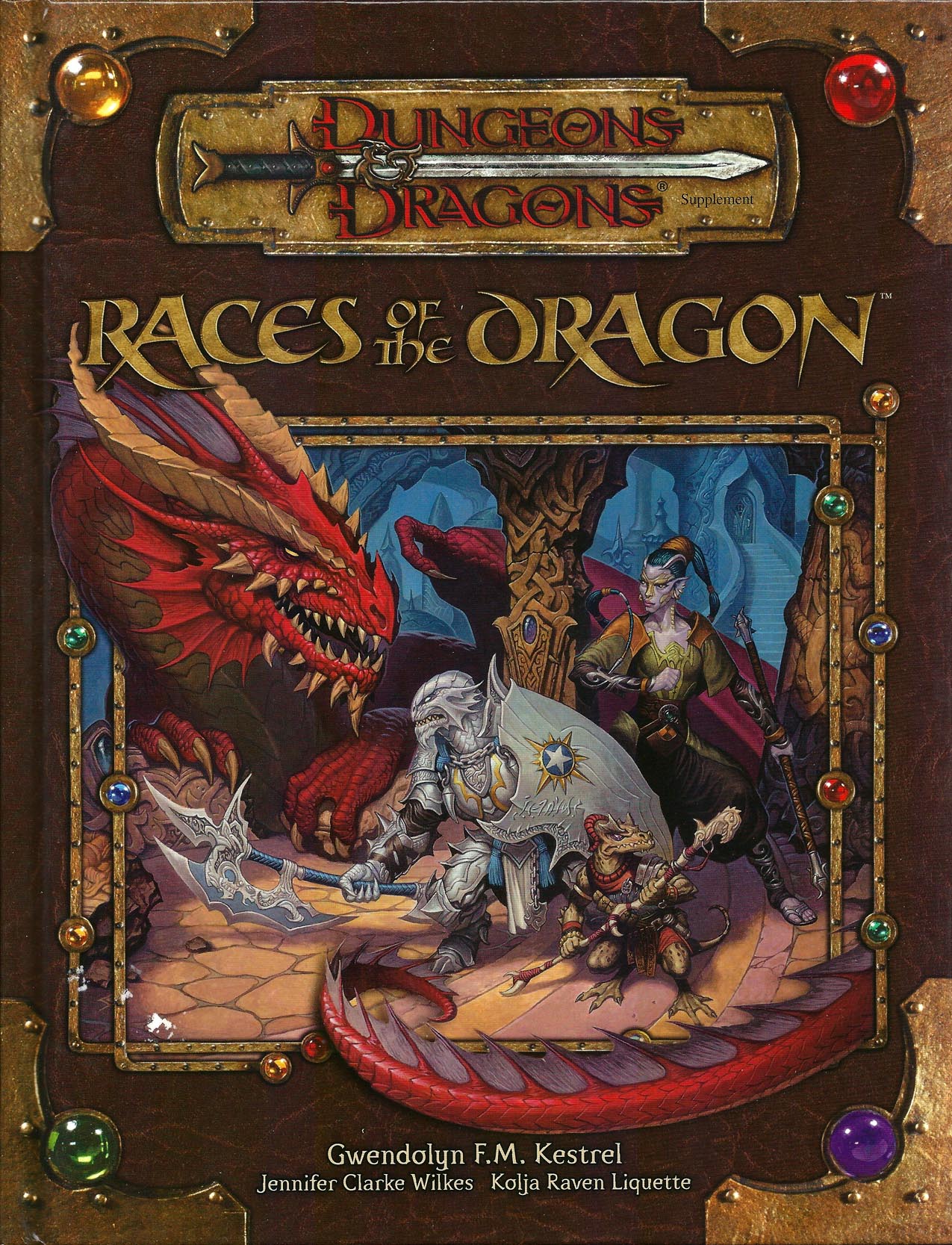 I really like all the dragonborn, with the more active and “family based” abilities, although the metallic dragons are my favorite. Breath weapon rules widgets are good for a draconic theme. I feel like the kobold is an overcorrection for past mistakes, and I really think the roar and the situational bravery feels off for the kobold’s “story.”

I like the feats, but the gem dragon related feat, especially, feels like it drifts away from the dragon concept and mainly plays in the psionic sandbox.

I’m a fan of expanding the “summon creature with attached stat block” spells, and I love melting brains or whispering someone’s doom if you know their name. I’m less excited about using a 2nd level “maybe this will be useful, but let’s do it for laughs” spell.

Overall, while I think this could use some tweaks, the main thing I would prefer to get some changes before publication would be the kobold. While it works in each instance where it appears, this document is very heavy on the elemental resistances. Isolated it’s fine, it just feels like a lot in one concentrated place.

Once again, an interesting Unearthed Arcana that gives us some insights into ongoing design trends. Also, I’m glad we didn’t get spellscales as a lineage in this thing, because I can’t go back to seeing all those facial expressions in a book again.