What Do I Know About First Impressions? Arcadia Issues 6 & 7 (5e OGL) 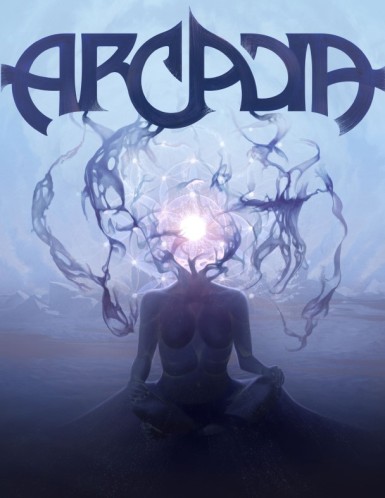 When Arcadia Issue 6 came out, I was a little busy, diving into Kingdoms and Warfare. Since I’ve been taking on a lot of longer reviews lately (several of which aren’t out yet), Arcadia Issue 7 snuck up on me. Because of this, I’m going to look at both issues in one article.

Both issues adhere to the usual three-article structure that has become the default for the magazine. Arcadia Issue 6 is 41 pages, and Arcadia Issue 7 is 36 pages long. The following articles are in each issue:

This article details a four-member adventuring company. These adventurers have several things in common. They are evil, they have tragic pasts, and they have some traits that make them at least a little sympathetic. Each member is given a bond and a flaw to guide roleplaying them. The members include:

Many of the members of the Grim Accord are outcasts or have lost everyone they care about, and other members of the Accord have rescued them from adversity or provided them with a purpose in life. When I mention classes like sorcerer, druid, fighter, or rogue, I don’t mean that they are explicitly built by PC rules, but that they are all given signature abilities similar to class abilities, which follows the standard pattern for NPC characters in D&D 5e.

There are three adventure hooks that provide a reason for your player characters to cross paths with the group, two of which include racing the Grim Accord to an objective, and another one which includes facing them across the battlefield as mercenaries for different sides.

The adventuring company’s headquarters gets a half-page description, and in addition to the fortress, there are stats provided for The Grim Accord’s statistics as an organization in Kingdom & Warfare’s statistics, including organization skills, titles, and officer powers. It also provides a special unit representing their foot soldiers.

I’m a big fan of rival adventuring companies, and even though they are evil, I appreciate that they are all scarred individuals with a reason to be hardened, as well as reasons for them to work together. I’m less likely to use the Kingdoms & Warfare stats, at least until I do some work on creating more “non-warfare” skill checks for organizations.

The Armor of Zevellon is a set of armor that consists of four separate pieces. Each item by itself is a legendary item that requires attunement. All the items count as a single attuned item, allowing a character to find multiple pieces of suit. If you assume the pieces are legendary because of its potential combined power, these are all potent on their own. Whenever someone attunes to one piece of the armor, they are driven to look for the other pieces.

The armor includes the following pieces:

While you can have a PC collect all these items and become the villain, the article addresses that this is something you may not want to do without character buy in on the story arc. This item also lends itself to having the player characters race NPCs to the individual components.

There is also a short adventure included, which revolves around an NPC recruiting the PCs to help them recover a second piece of the armor to augment the item they already have. There is some misdirection about the nature of the guardian and motivations that the NPCs need to navigate.

I know I’ve had some discussions about magic item sets, and how to handle that with attunement. I’m surprised to not see the “magic item set” show up more often in D&D. The primary item in D&D that plays with this trope is the Rod of Seven Parts, a full-on artifact. There was a little work in this design space in 3rd edition in the Magic Item Compendium, but I’m curious to see more of this done.

Specifically, I like this short scenario for introducing the armor set, and it could be a fun long-term quest to secure and hopefully destroy or sequester the different pieces.

This adventure has a nice, simple, compelling hook, with the adventurers recruited to find lost children in a cave system. They are also given a local NPC guide to help them navigate the caves. The villain is an interesting twist on a fey creature that has been twisted by events, with their new powers working as a warped mirror of their past abilities.

There are also several places in the caves that feel like puzzles, but not like overly constructed traps or locks, so much as magical effects that need to be identified and manipulated. It’s a solid adventure that should be easy to pop into a wide array of campaigns. I could have dropped this into my Tales of the Old Margreve campaign, for example, with almost no modifications. 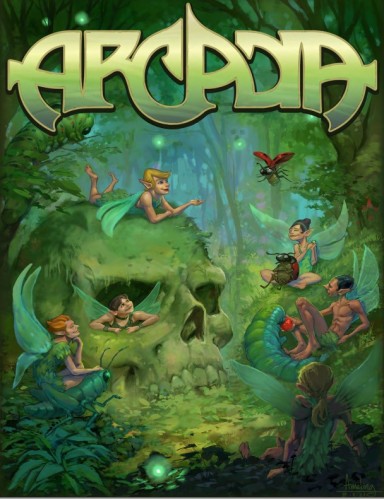 This article presents a food preparation guild that uses their cover to go into areas affected by pestilence and disease and work on curing those maladies. They have some powerful foes, like cults of disease and demon lords of fungus, so they actions are very clandestine. The article lists dues and fees for the group, as well as magic items employed by the group.

While some magic items are what you would expect, with the ability to purify food and water and cure diseases, but there are also specialized items that tap into the guild’s study of strange growths. This allows them to tap into the powers of things like slimes and puddings. There are also some magical foods introduced in the article, items only made by the guild. This includes items that ward off undead, remove the effects of vampirism, or explore mental spaces.

There are a few adventure hooks for introducing the guild into a campaign, as well as notable NPCs. Each of these NPCs has a signature look, personality, and what stat block to use for the character when encountered. The NPC entries are also fleshed out with adventure hooks of their own.

The final section of the article includes domain statistics for the group in Kingdoms & Warfare format, providing organizational skills and stats, officer powers, titles, and features. The special unit that the organization can call upon is one that is introduced in Kingdoms & Magic. As I mentioned above, I’m not likely to use this information, but I can see where MCDM would want to continue their own products with these additions.

I really like the number of plot hooks this article provides. It’s a very compelling organization, although I’m not sure why this group would draw more ire than a priesthood or druid circle that could also limit the spread of disease and pestilence, however, this would be a great organization to be active in an orderly, but tyrannically ruled kingdom or region. I think this would be fun to adapt to an organization operating in Ravenloft.

Wonders of the Wilds

This introduces a dozen new magic items, and eight new spells, all with a natural bent. Most items that require attunement require that the character attuning the items be a ranger or a druid. Many of the items in this article utilize the new spells introduced in the article. Half of the magic items also have an adventure hook to introduce the item to a campaign.

There are magic items that allow special communication, allow the character to summon plants, and alter how wildshape works. There are also dedicated staves for deserts, plains, tundra, mountains, swamplands, tides, subterranean depths, and seasons. Spells summon dust clouds, sheets of ice, and sandstorms. There are also spells for firing icicles and jets of water.

This is probably my favorite article of the two issues I’m looking at here. I honestly like to give player characters flavorful toys to play with, and while reading through these items, I could picture not just druids and rangers using them, but also druid and ranger archetypes that don’t often get as much support. For example, there are items that would be at home for your drow
druid that tends natural underground caverns, and your dwarf druid from the mountains.

I also love the concept of giving adventure hooks for introducing magic items into the game. In several cases, these are items that are being used for one of their functions and having the player characters discern the true nature of the thing they have encountered. I would love to see more magic item articles with hooks like this.

I wasn’t sure what an entire article detailing a single NPC would be like. After reading it, it includes the NPCs stat block, twelve random ways to encounter the NPC, and quickly sketched-out introductory scenario that involves helping the NPC with an ongoing rival. In addition to these sections, the article also has stats for Aethelfaer as an NPC retainer using the rules from Strongholds & Followers. There are also some statistics for Aethelfaer’s own prosthetics, as well as prosthetics he can craft for other characters.

There is a section in the article discussion how Aethelfaer’s disabilities shouldn’t be the entirety of his characterization. This is great advice, but I also feel that the rest of the article does a good job of making Aethelfaer feel like a legendary ranger whose appearance in a story is essentially an event. There is also a sidebar giving some details and rules for having a common version of sign language for a campaign.

I’m not sure if I will use Aethelfaer himself in a campaign, but I really like the example of how to provide support for characters meeting an NPC with a special reputation. I also think I may use both the rules for Common Signs and prosthetics in other campaigns as well.

I enjoyed these articles. I think Arcadia is a high-quality magazine that is putting out good work. It looks slick and it’s an enjoyable read. It almost always has something you can “plug and play” into a wider campaign.

While the MCDM specific systems aren’t as useful for me, I think it’s a smart choice to keep both introduce people that haven’t seen those resources to those rules, and to satisfy ongoing fans of MCDM’s other products. That said, I am interested to see some future monster articles with support for the Action-Oriented monster design in future monster articles.

I know there was already a poll for the content fans wanted to see the most, as well as who buys the magazine, but as someone that is (usually) a DM more than a player, I still tend to like subclasses, spells, and magic items, as well as a good monster article. That said, I’ve never been bored reading any of the articles.